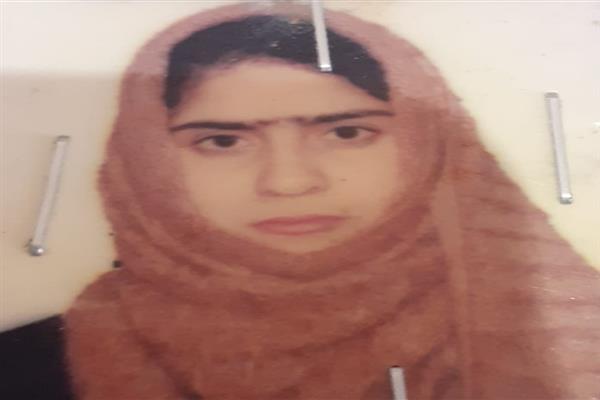 Srinagar: Jammu and Kashmir Police on Sunday sought help of the general public in tracing out a missing girl of Bomai area of Sopore in Baramulla district of north Kashmir.

Police said that her father registered a missing complaint at Police Station Bomai on June 7, 2019.

“Searches were carried out everywhere but there is no trace of the missing girl,” police said in a press release.

A missing report has been lodged at Police Station Bomai and investigation taken up.