Houses razed to rubble during gunfight in Pulwama belonged to 2 brothers; one had shifted only on Eid 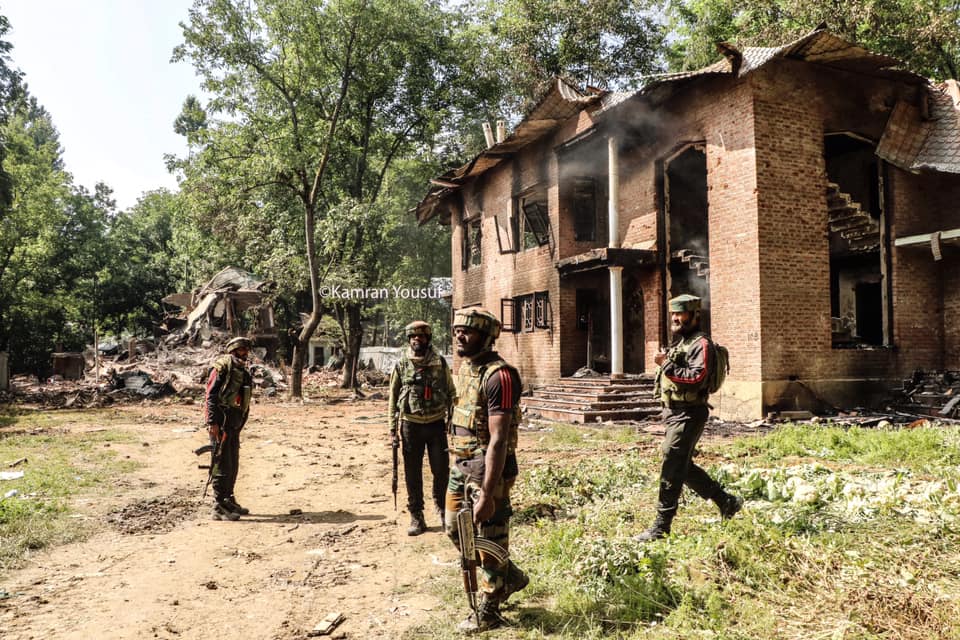 Houses got complete damaged during the encounter in Lassipora. Pic/ Kamran Yousuf

Both the houses were constructed recently and one of brothers– Ghulam Mohammad—had shifted only on just concluded Eid-ul-fitr.

The militants after a gunfight on the roadside with government forces had taken shelter in the houses, other belonging to Mohammad Yasin Ganie, an employee in the telecom department.

Reports said that both the houses were damaged completely and there is an estimated loss of about Rs 1.5 cores.

According to locals, the militants and the join team exchanged fire on the roadside and later the militants took shelter inside the residential houses. The families of both houses become homeless and were in a distressed situation.