Releasing prisoners on Eid can be a good CBM: Tarigami 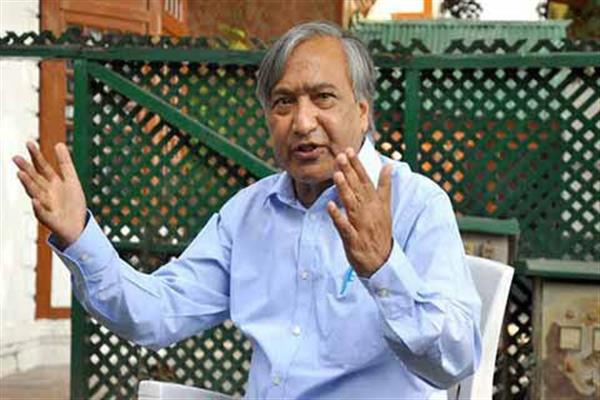 Srinagar: Expressing concern at the deepening uncertainty in the state, CPI(M) leader Mohammad Yousuf Tarigami Monday said reviving the situation afresh at decision making level and evolving a comprehensive policy to address the causes of this ongoing unrest is urgently to be undertaken.

“Releasing prisoners ahead of Eid festival could be a goodwill gesture by the government and can be a good confidence building measure (CBM). Some of the prisoners languishing in different jails within and outside the state are reportedly not feeling well and it is appropriate time to consider their release,” Tarigami said in a statement.

He said all the possible steps and CBMs need to be taken to move a step towards strengthening the efforts for peace as indiscriminate arrest of people, especially youth will only exacerbate the anger and give rise to further uncertainty.

“We have always maintained that dissent should always have a place in a democratic society. Curbing the dissent and those holding a contradictory viewpoint has proved counterproductive,” he said.

“The CPI (M) has been consistently advocating initiating of a credible process of dialogue with all the stake-holders including those outside the democratic frame. Dialogue itself is only a part of the answer to the political problem that confronts Kashmir. It is essentially political uncertainty that haunts Kashmir,” Tarigami added.