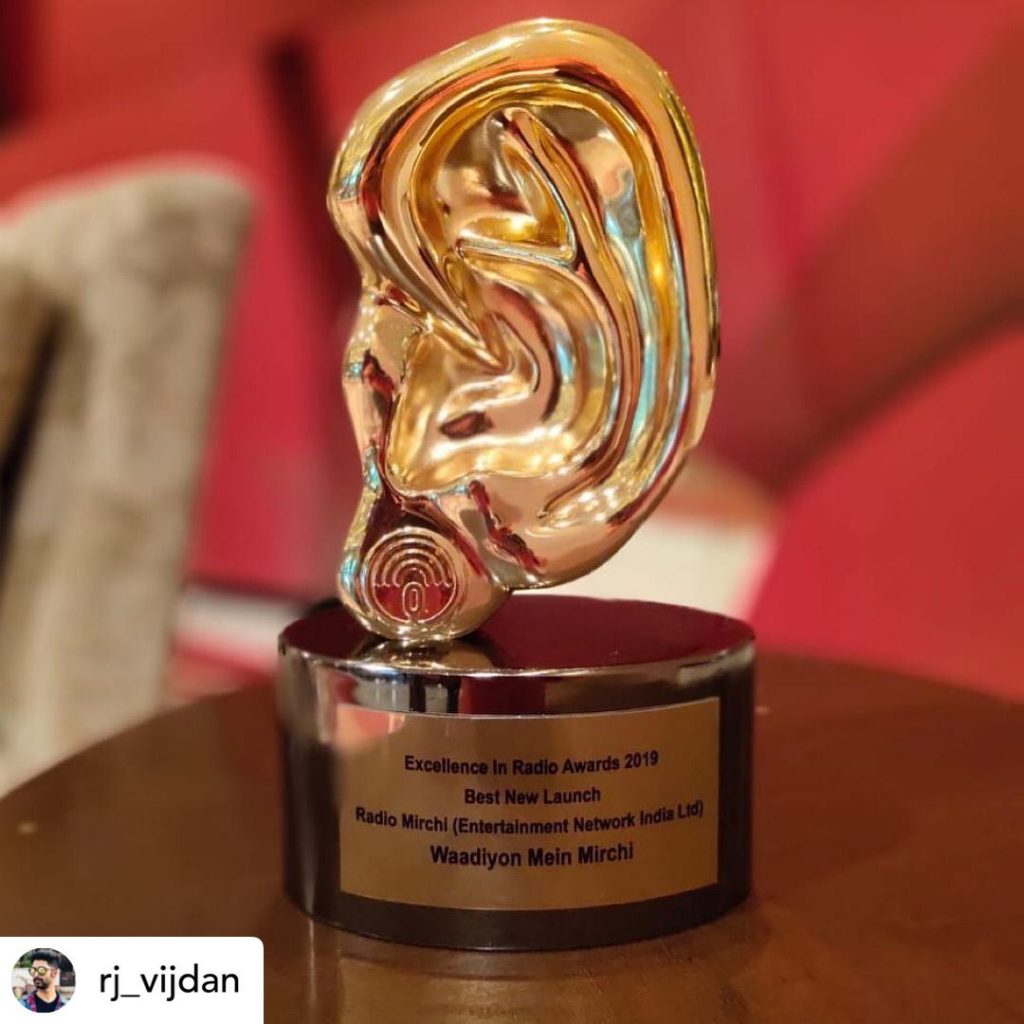 Srinagar, June 1: Radio Mirchi FM Kashmir (98.3 FM), has been conferred with the Excellence in Radio Awards — for the the highest award for the category best debut station in india.

Excellence in Radio Awards was created with the aim of supporting and recognising quality in radio broadcasting in India.

The Awards celebrates the very best of Indian radio, honouring outstanding programming, on-air personalities, marketing and promotions and creativity within the industry. 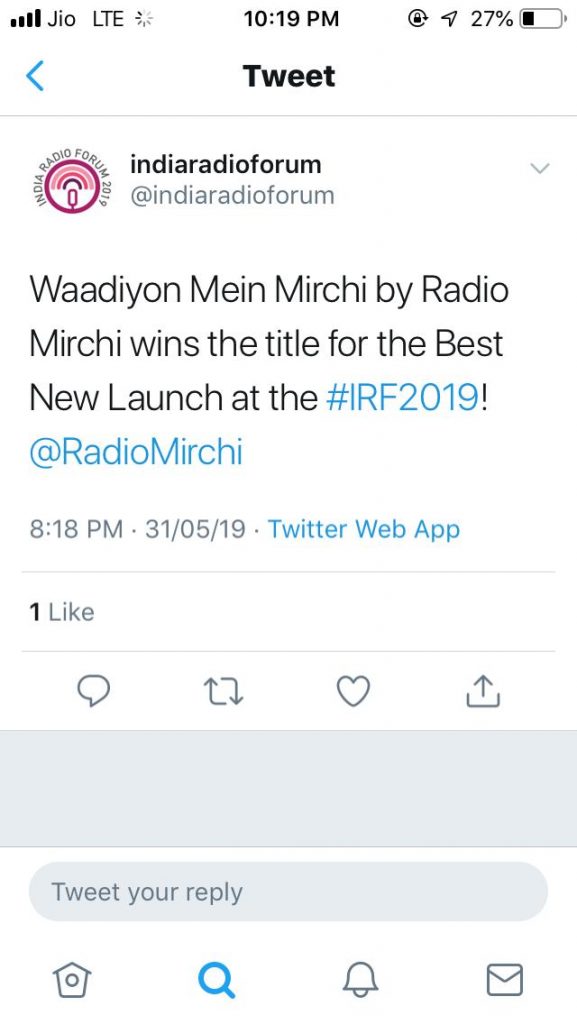 These categories are rewarded with the specially created Excellence in Radio Awards (ERA) trophy, an exclusive commissioned statute befitting the prestige and importance of the awards. The ERA is the benchmark of quality by which radio professionals, consumers and advertisers recognise, reward and celebrate outstanding content and creativity.

Within shortest span of time, Radio Mirchi became famous in Kashmir due its quality programmes, energetic RJs,  and most recently due to its Ramadhan special programmes.