25 years of work made us to understand there is close connection between torture & enforced disappearances: APDP 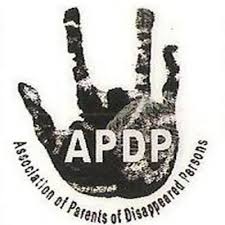 “The Indian armed forces used torture as a means to bring the people of the region under control by instilling fear and spreading terror. Torture is a heinous crime that has destroyed the lives of all those who have undergone it. Apart from damage to physical health, torture has long-lasting psychological effects that disrupt the normal functioning of the victim,” APDP said in a statement issued here.

“One cannot rule out the possibility that some of the disappeared may have lost their lives or live in the fear of losing their lives. Those resurfaced in other South Asian countries after being disappeared recount horrific memories of being tortured and living in perpetual fear of death.”

It said that the presence of over 7000 unmarked mass graves in Jammu and Kashmir, which has been authenticated by the State Human Rights Commission through its investigation, also points to the possibility that many of the disappeared of the region may have been subjected to torture and thus killed. “The government’s refusal to conduct DNA testing of the mass graves is a big hurdle in establishing this.”

APDP believes that it was extremely important to highlight the human rights violations that have been perpetrated on the people of Jammu and Kashmir. “Those responsible for committing the crimes need to be brought to justice and held accountable. India has signed the Convention against Torture in 1997.” In over two decades, APDP said, the successive Indian governments have shown no interest in ratifying the convention and ensuring that a domestic law against torture is passed. “But this does not absolve India since torture is a crime under the Customary International Law.”

APDP said that it believes that the right to truth, justice, reparation and guarantees of non-recurrence must be ensured for all the persons. “The UN Special Rapporteur on Torture has stated that he has been denied access to the region despite repeated requests. APDP calls for the ratification of the Convention against Torture and unhindered access to UN-OHCHR, Special Rapporteurs and Special Procedures to look into the human rights situation in Jammu & Kashmir,” it added.