Proctor snatches banners, says no place for such events in the varsty.

Srinagar: The authorities of the University of Kashmir on Wednesday allegedly manhandled the students in the varsity campus who had assembled to commemorate the 10th death anniversary of Shopian double rape and murder case Asiya and Neelofar.

A student informed The Kashmir Press that the Chief Proctor of the varsity Prof Naseer Iqbal accompanied by the Deputy Proctor Aijaz and a posse of Jammu and Kashmir police snatched the banners of the students who had assembled under the banner of Kashmir University Students Union (KUSU) and threatened the students of dire consequence for participating in the commemorative event.

He said that the proctor entered into an altercation with the students and even snatched the banners and manhandled the students.

“The melee resulted in the girl students leaving the event under force,” the student alleged. 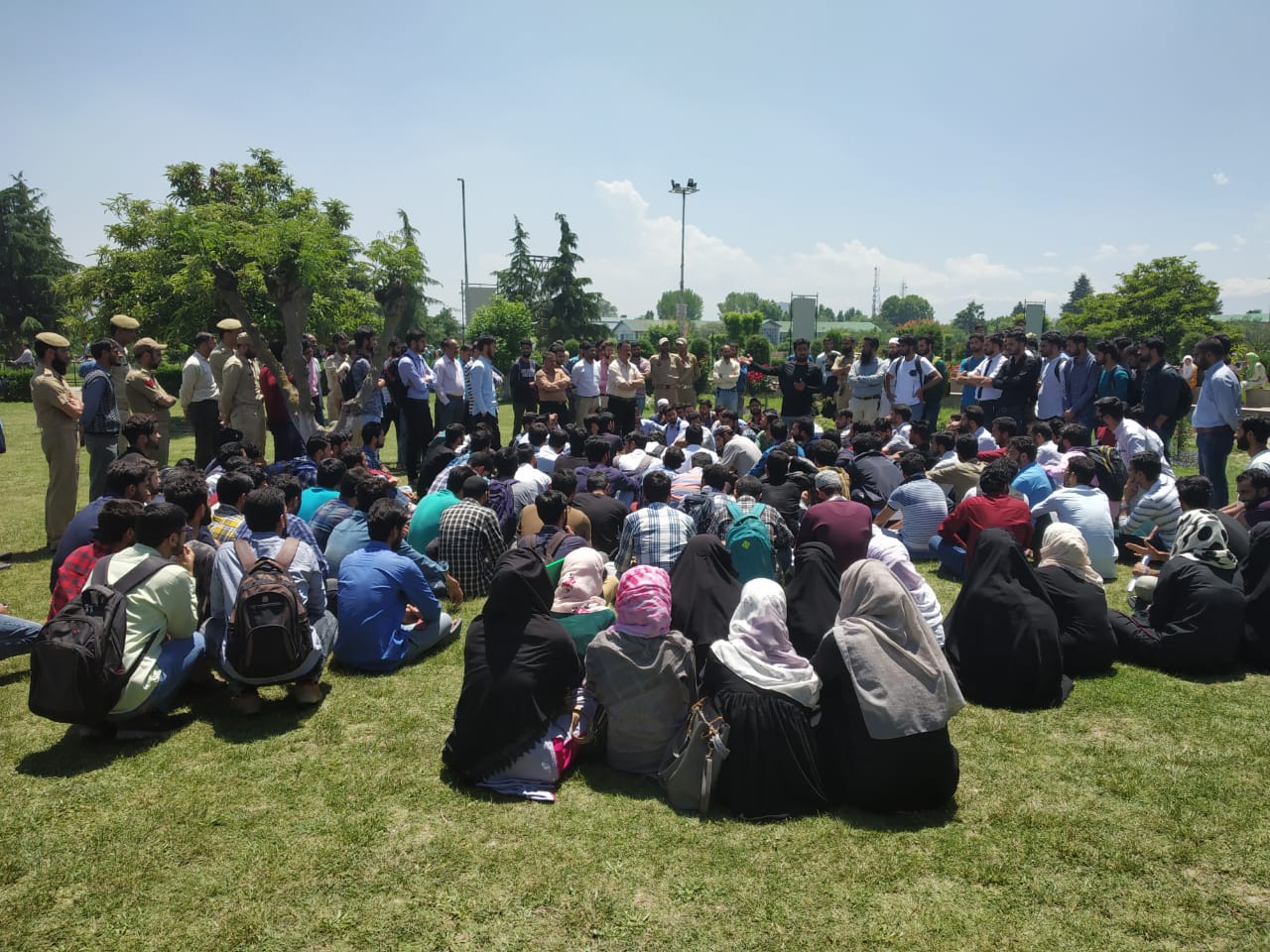 The proctor, according to a number of students, said that the event had no place within the varsity campus and should not be held at any cost.

However, the resistance by the students led to the successful completion of the event.

An eyewitness told The Kashmir Press that scores of the varsity students, despite proctor’s threats, participated in the event and commemorated the 10th death anniversary of 2009 double rape and murder case Asiya and Neelofar of Shopian.

The students of various departments carrying banners ‘lest we forget” Rape: weapon of War in Kashmir” gathered in the lawn of Allama Iqbal library and raised anti-India slogans.

A student said, “This day is a dark chapter in the history of Kashmir when two daughters of our nation were brutally raped and murdered by the forces.”

He said that the Indian army is using the rape as a means of “Psychological Warfare” to humiliate and muzzle the genuine voices of people.

On the occasion, the students said that the University authorities used all means to sabotage the event.

The students paid rich tributes to the slain and prayed for peace to the departed souls.