Srinagar: In February, Pakistan’s Civil Aviation Authority (CAA) closed the country’s airspace to commercial flights. The decision was made after the Pakistani army downed an Indian military jet that had crossed the Line of Control in Kashmir.

According to The Hindu, Islamabad made “a rare exception” for Indian External Affairs Minister Sushma Swaraj, allowing her to fly directly in Pakistani airspace on her way to the SCO meeting. 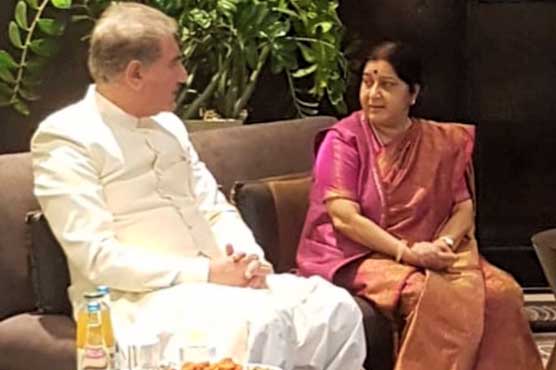 “The Indian government had requested us to allow Swaraj to fly over Pakistan to avoid the longer route, and we gave them permission,” Mohammad Faisal, Pakistan’s Foreign Ministry spokesperson, said as quoted by The Hindu.

The 21-22 May meeting of the Council of Foreign Ministers of the 10-member Shanghai Cooperation Organisation (SCO) will be held in the Kyrgyz capital city of Bishkek.

Relations between India and Pakistan took a turn for the worst earlier this year. Tensions soared after a deadly attack in Kashmir on February 14, when a suicide bomber attacked an Indian security convoy, killing over 40 personnel. The attack was later claimed by Pakistan-based group Jaish-e-Mohammed.

The incident led to heightened tensions between the two South Asian neighbours, as the Indian Air Force launched an aerial strike on 26 February and reportedly destroyed terror camps in the Balakot area in Pakistan. The following day, Pakistan retaliated with a number of fighter jets and reportedly shot down an Indian aircraft and captured the pilot.