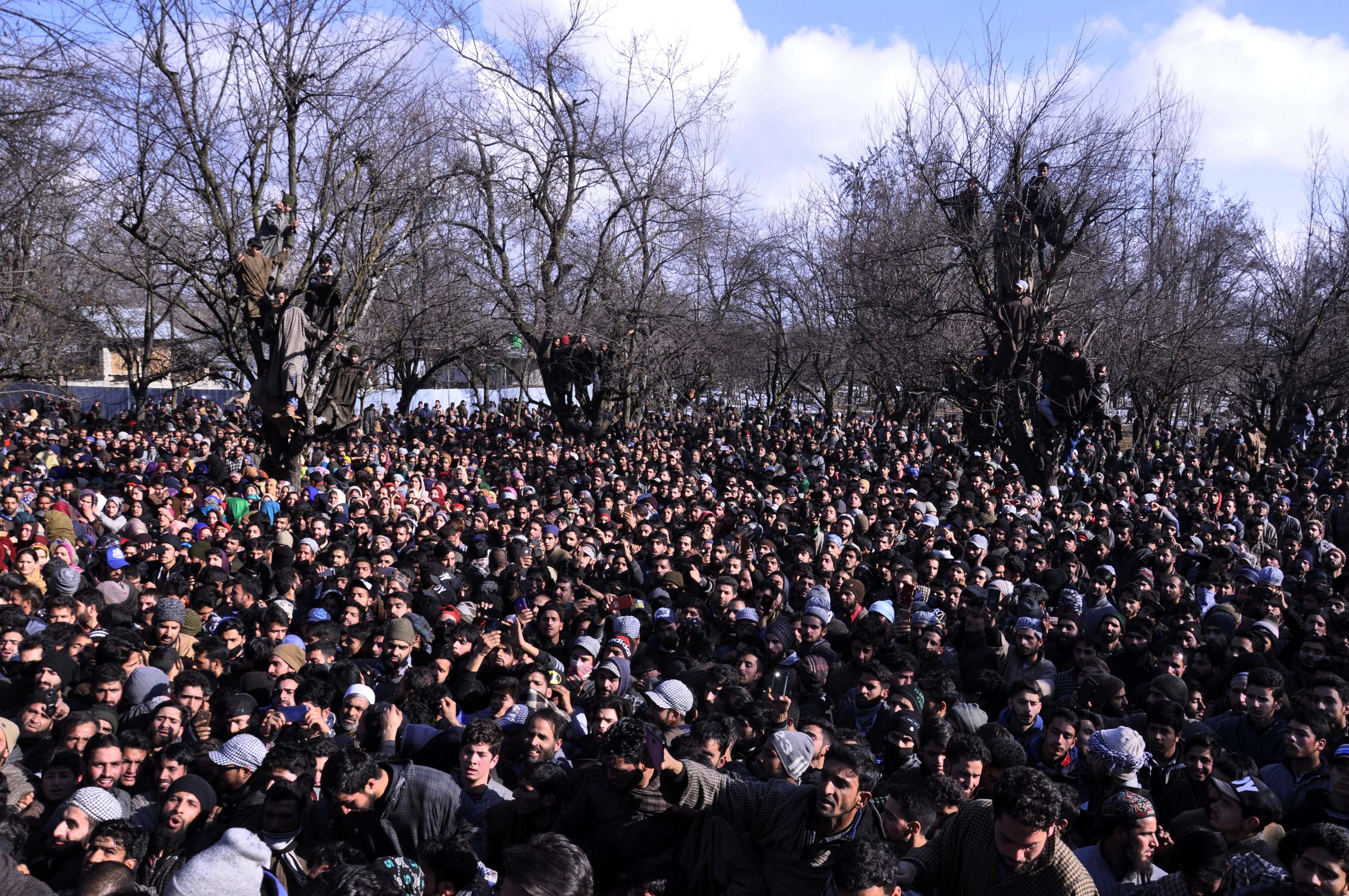 Tral: More than a dozen rounds of funeral prayers were offered for slain militant commander Zakir Musa so far in his native village in Noorpora village of Tral township amid thousands in attendance.

The body of militant commander- Zakir Musa was handed over to his family today morning.

“So far around 15 rounds of funerals were held for him. But people are still assembling in the village to participate in the funerals,” a local resident said. He said the body will be buried after Friday prayers.

Musa was killed in an encounter with government forces last night in Dadsara area of Tral in Pulwama district.

An official said that the body of Musa was recovered during early hours on Friday from the encounter site. “We have also recovered an AK 47 rifle and a rocket launcher,” the official said.