Authorities not to allow procession in Old City Tomorrow 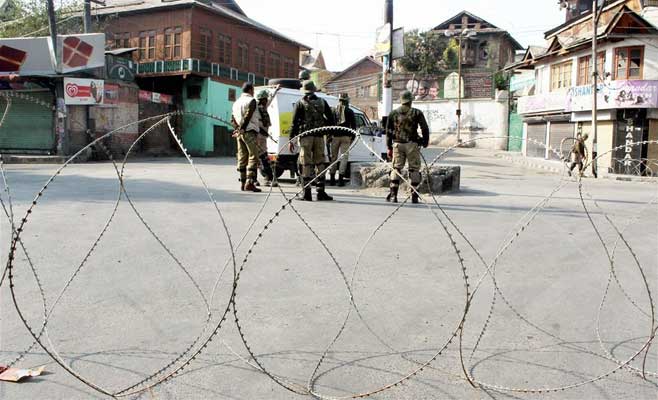 Srinagar: The authorities have decided not to allow a procession led by Mirwaiz Umar Farooq in Old City of Srinagar district tomorrow.

The authorities have ordered imposition of restrictions in parts of old city in view of a shutdown call was given by Joint Resistance Leaders (JRL) on Tuesday (May 21) to commemorate the death anniversaries of Mirwaiz Muhammad Farooq, martyrs of 1990 Hawal massacre and Abdul Gani Gani.

A senior officer of the administration confirmed to GNS that the curbs will be imposed in Nowhatta, Safakadal, Rainwari, M.R Gung and Khanyar police stations.

He said that the decision has been taken as a precautionary measure to maintain law and order in wake of the strike call by separatists tomorrow.

Mirwaiz is scheduled to lead a protest demonstration from Jamia Masjid to the martyrs’ graveyard at Eidgah tomorrow as a mark of tribute to Mirwaiz Muhammad Farooq on his death anniversary.

The JRL has urged people to observe shutdown tomorrow in memory of Mirwaiz Farooq and others.