In case Sarpanches, Municipal Councillors and Mayors face risks, will be provided a secure room 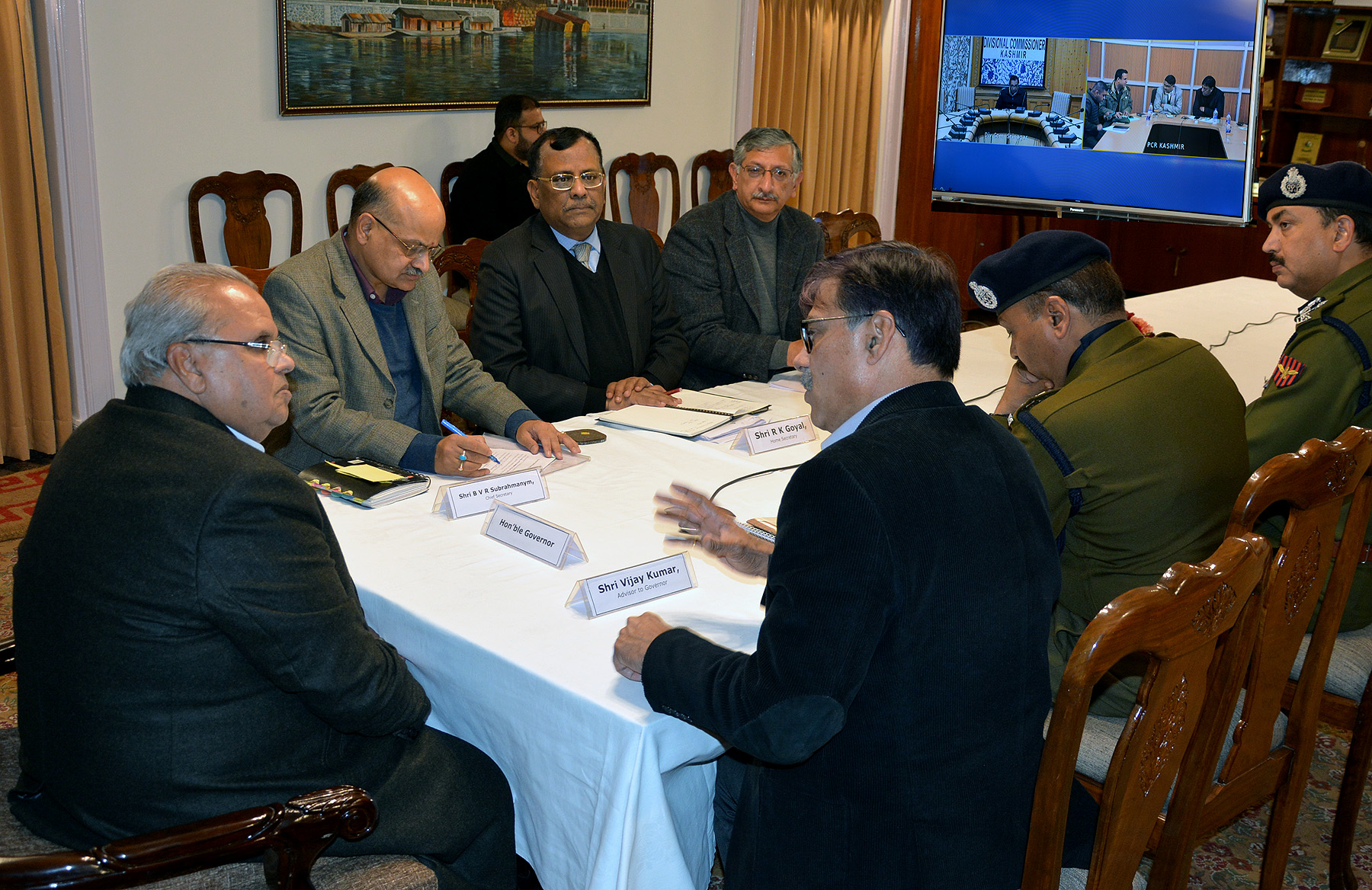 Srinagar: Governor SP Malik has expressed his concern over the killing of political persons by the militants and directed Additional Director General Police (ADGP) to complete inquiry into such cases within 15 days, a government spokesman said.

He also stated that in case Sarpanches, Municipal Councillors and Mayors face risks, they will be provided a secure room

Earlier, the governor has directed police to remove security cover of political persons.

Spokesman he governor Malik undertook a detailed review of the security management related issues in a high level meeting at the Raj Bhavan here today and was given a sector-wise assessment of the prevailing security situation in the State.

Expressing concern over the killings of political functionaries belonging to various political parties in the State in last few months, Governor stressed the need for ensuring safety of protected persons and advised security agencies to give due consideration to the genuine apprehensions of political activists working at the grass root level.

The Governor reiterated the need to constantly maintain a close watch on the ground situation and underlined the importance of sustained efforts to bring peace and harmony in the society for the overall benefit of people.

On the directions of the Governor, the Home Department has ordered ADGP Security, Muneer Ahmad Khan  shall conduct an enquiry into all such attacks that have taken place since October, 2018.

“This is with a view to ensuring that all possible measures, general as well as specific, are taken for security of political workers to enable them to continue their political activities, particularly in view of the terrorist attacks on political workers in recent past,” the spokesman stated

“He shall submit his report, covering all the relevant aspects, along with appropriate recommendations within 15 days”.

Keeping in view the threats issued by militant organisations during the elections to Urban Local Bodies (ULBs) and Panchayats and the heightened risk faced by elected Sarpanches, Municipal Councillors and Mayors/ Presidents, it was decided that in case any of them require safe accommodation, they will be provided a secure room for their stay either at the State or District level. This will come into effect immediately and the Divisional Commissioners and IGs will operationalise this after contacting the Sarpanches and ULB members.

Further, the Governor stated that leaders of different political parties and other organizations may raise their security concerns with the Security Hqrs of J&K Police and the due diligence of threat perception will be carried out by the Intelligence agencies before arriving at a decision on the provision of personal Security to persons with a perceived threat.

Governor also said that he would be inviting the leaders of different political parties to discuss their security concerns and how to address them so as to create a secure political and governance environment for one.