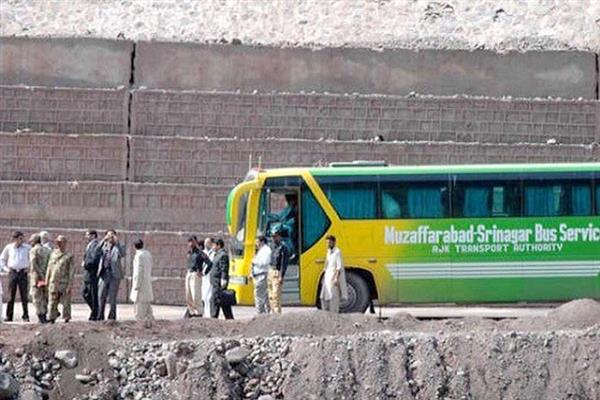 Srinagar: Carvan-e-Aman bus operated on Monday after remaining being suspended for eight weeks to allow three residents of Pakistan Administered Kashmir (PaK) to return to their homes, official sources said.

“No fresh guest from PaK or from here will travel in the bus which will remain suspended,” sources said. The PaK residents had got stuck up in the valley after the bus, operating between Srinagar and Muzaffarabad, remained suspended from March 4.

The PaK residents will cross over to other side at Kaman post, the last Indian military post on this side of the Line of Control (LoC).

Due to some communication gap, residents could not travel to other side.

The peace bus, operating since April 7, 2005 was suspended on March 4 due to some repair work of Aman setu, peace bridge from PaK side.

The cross-LoC trade was also suspended by the Ministry of Home Affairs (MHA) after intelligence reports that trade was being used by anti-national elements for violence in Jammu and Kashmir. (KNS)