Darbar Move: Offices to reopen in Srinagar on May 6, closes in Jammu 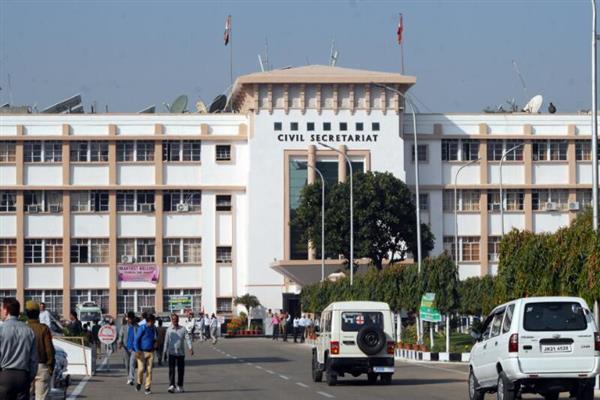 Srinagar: A major face lift exercise has been launched by the Estates Department besides other agencies including Srinagar Municipal Corporation, ahead of Darbar move to the summer capital of the State.

The move offices closed in Jammu yesterday and will reopen on May 7 here in Srinagar.

Official sources said that the Civil Secretariat, the centre of power, besides other move offices, the roads of city and the residential colonies of the move employees besides the official bungalows of the VIPs have started getting white and colour wash and the much needed repair works.

“The roads around and leading to the civil secretariat are being renovated with labourers busy cleaning the pathways and painting the roadsides. We have started the process. It is an old practice which happens annually,’ one of the top officials of the R&B department said.

Sources said that in the wake of recent spurt in militant activities, authorities have also chalked out a plan to ensure security around vital installations including the civil secretariat and residential quarters of move employees.

Sources said that renovation and other repair works had also been started in government and private accommodations, where the darbar move offices will stay for next six months.

Sources said that State Road Transport Corporation authorities have been directed to make adequate number of buses available for the employees moving to Srinagar, while it has been asked to make trucks available for carrying official records to the summer Capital.

“The protection wall of fly over will be painted and senior officers of the concerned agencies are continuously monitoring the progress on the day today basis,” one of the top officials of the government said.

“Huge amount are being spent every year by the Estates Department for the renovation, repair and over all face lift of secretariat,” sources said.

Darbar Move in J&K is a 138-year-old tradition started by Dogra rajas. But the practice continued after 1947.

The practice of Durbar Move was started in 1872 by the then ruler of J&K, Maharaja Gulab Singh. In May, Darbar opens in Srinagar and closes on October 31 to open in Jammu on November 10.

The state government annually spends crores for moving the offices, records and employees to Jammu in November and then back to Srinagar in May.

All the move offices, apart from the manpower and other office paraphernalia, shift truck-loads of official records every six months.