Srinagar: Thousands of people including women and children thronged the funeral prayers of the slain militant killed in a pre-dawn gunfight with government forces in Bagander Mohalla of Bijbehara in southern Kashmir’s Anantnag district on Thursday.

Witnesses said that thousands of people from different areas of Anantnag district participated in the funeral of Burhan-ud-din at SK Colony in Anantnag. 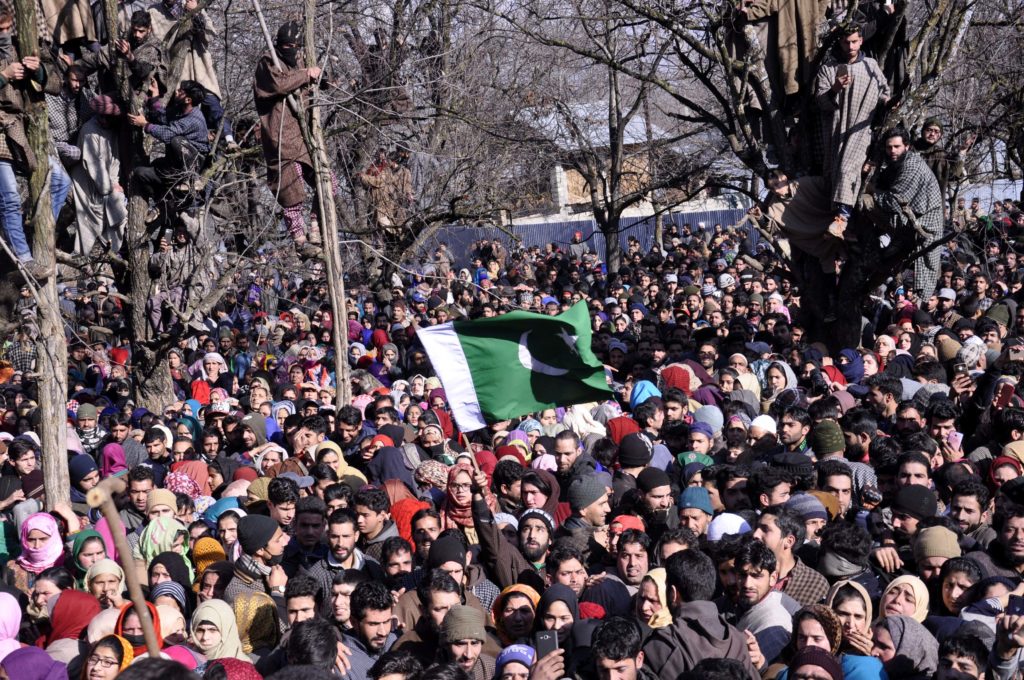 They said that multiple funeral prayers were held before slain Burhan, who was a physiotherapist by profession, was laid to rest amid intense pro-freedom and pro-militant slogans.

Reports said that similar scenes were witnessed at Zirpora in Biijbehra where another slain militant Safdar was laid to rest amid multiple funeral prayers.

The two millitants were killed in a gunfight with the forces in Bagander Mohalla in Bijbehara township of south Kashmir’s Anantnag district.

Meanwhile, a complete shutdown is being observed in the district while authorities have imposed restrictions in main town Anantnag amidst a complete internet shutdown.