Cairo: Egypt’s parliament on Tuesday passed amendments to the constitution that could see President Abdel-Fattah el-Sissi remain in power until 2030.

The vote, which sends the amendments to a national referendum, was seen by critics as another step back to authoritarianism, eight years after a pro-democracy uprising ended autocrat Hosni Mubarak’s three-decade rule.

The 596-member assembly, packed with el-Sissi’s supporters, overwhelmingly gave its initial approval in February, sending it to the Constitutional and Legislative Affairs Committee to finalize the wording before Tuesday’s final vote.

“Today we are concluding what we started in February,” speaker Ali Abdel-Al said at the beginning of the session. “In this great day, we offer to the Egyptian people a draft bill of the constitutional amendments.”

The national referendum will likely take place before early May when the Muslim holy month of Ramadan starts.

Since early April, the Egyptian capital has been awash with large posters and banners encouraging people to vote in favor of the changes. In Cairo’s central Tahrir Square, where mass protests became the symbol of the 2011 anti-Mubarak uprising and of hopes for democratic change in Egypt, the posters urge people to vote in the referendum.

“Take part, say … ‘yes’ for the constitutional amendments,” says one banner near the pro-government Nation’s Future Party. Most of the posters were apparently funded by pro-government parties, businessmen and lawmakers. 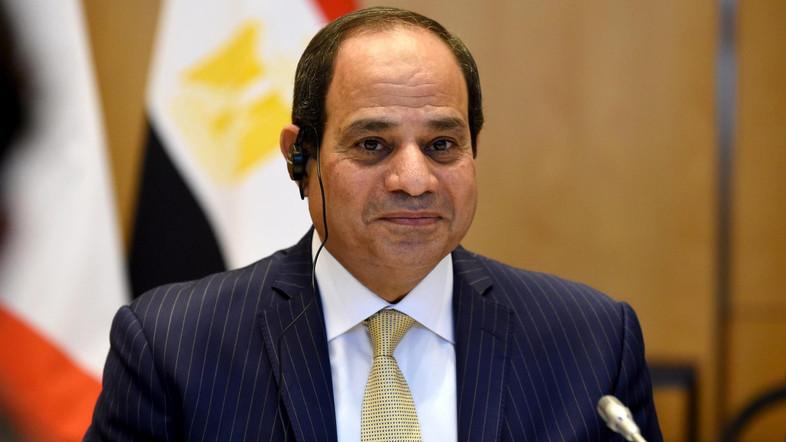 The constitutional changes would only extend a president’s term in office from four to six years and allow for a maximum of two terms. But they also include a special article specific to el-Sissi that extends his current second four-year term to six years and allows him to run for another six-year term in 2024 potentially extending his rule until 2030.

Justifying this clause, speaker Abdel-Al said it was aimed at “political justice … and the required stability.”

The February draft of the special article was different, proposing to allow el-Sissi to run for two more six-year terms after his current term expires in 2022, possibly putting him at the helm of Egypt until 2034.

No reason was given for the change, apparently made by the committee that drafted the final version of the text.

Lawmaker Ahmed Khalil said his Salafi Nour party, which promotes strict adherence to sharia law, rejected the proposed changes because the constitution states that Egypt is a civilian state, which is understood by some people as a “secular country.”

Sharia law, or Islamic law, is based on Islamic principles, particularly those found in the Quran and Hadith.

Later in the day, he said his party approved the proposals after the speaker clarified that a civilian state doesn’t mean a secular state.

It has been nearly six years since el-Sissi led the military overthrow of the country’s first freely elected but divisive Islamist president, Mohammed Morsi, after mass protests against his rule.

El-Sissi was elected president first in 2014 and re-elected to another four-year term last year after all potentially serious challengers were arrested or pressured to withdraw from the race.

The amendments also introduce one or more vice presidents, revive the senate and enshrine a 25 per cent quota for women in parliament’s lower, legislative chamber. It also includes provisions for what it describes as adequate representation for workers, farmers, youth and people with special needs.

The amendments also allow the president to appoint top judges and bypass judiciary oversight in vetting draft legislation. They declare the military the “guardian and protector” of the Egyptian state, democracy and the constitution, while also granting military courts wider jurisdiction in trying civilians.

In the last three years, over 15,000 civilians, including children, have been referred to military prosecution in Egypt, according to Human Rights Watch. (AP)