Srinagar: As the iconic cathedral of Notre Dame burned in Paris, a fire broke out at al-Aqsa mosque in Jerusalem.

The fire broke out in the guard’s room outside the roof of the Marwani prayer room, Antar al-Hazmawi, a guard of the al-Aqsa mosque confirmed to the The New Arab. 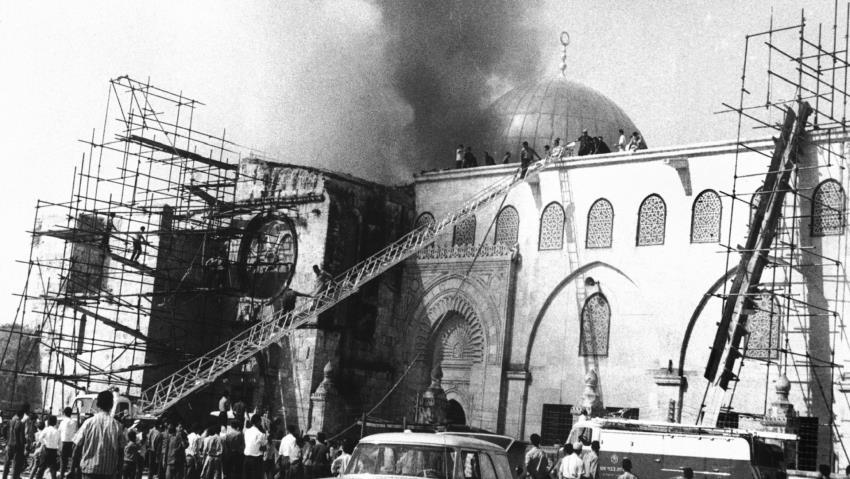 The fire brigade of the Islamic Waqf department in Jerusalem managed to control the blaze, while the area is currently closed to examine the cause of the fire, which is currently unclear.

Israeli police have opened an investigation into the incident, reportedly involving the questioning of a guard, who was supposed to be on duty at the time of the accident.

A guard told The New Arab that there was a short gap between guard rotation from 7.15 to 7.30 in the evening.

Meanwhile the Catholic Church in the Holy Land said it is praying the fire that ripped through the Notre-Dame cathedral in Paris on Monday was “not intentional” while expressing solidarity with the church in France.