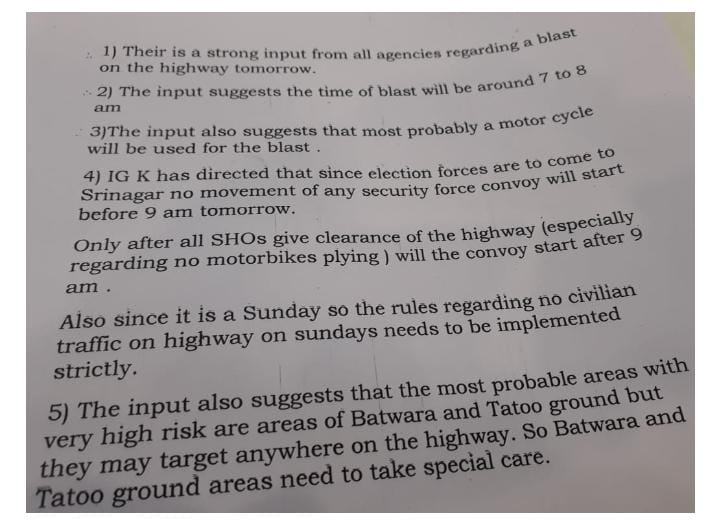 The alert sounded by the security agencies. Image: CNS

SRINAGAR: An alert has been issued in Srinagar after receiving intelligence inputs of a militant attack plan.

The security forces have received inputs about a probable terror attack at Srinagar Highway planned for Sunday morning.
As per the inputs a motorbike may be deployed for carrying out an explosion at the highway.

After issuing an alert, movement of security forces has also been stopped before 9 am. (CNS)