BJP ‘anti-Muslim’; conspiracies hatched against J&K when NC is out of power: Omar Abdullah 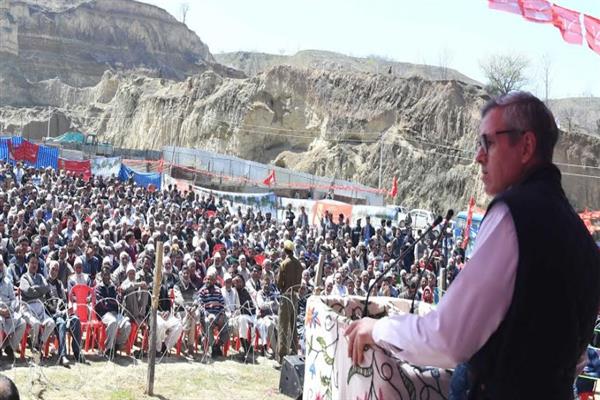 “The BJP’s anti-Muslim policies are known to all. That’s why we had appealed the PDP to not give space to BJP in Jammu and Kashmir,” the former J&K chief minister told reporters.

He said people of the state had suffered whenever National Conference had been out of power.

“Certain forces have always conspired against Jammu and Kashmir whenever NC is out of power,” he said.

Omar said the NC will fight against “conspiracies” against highway ban and tinkering with state’s special status if it comes to power.

“Our stand is that let people elect their government so that these conspiracies are foiled,” he said. (GNS)