No civilian traffic on highway tomorrow due to movement of Force’s convoy: traffic department 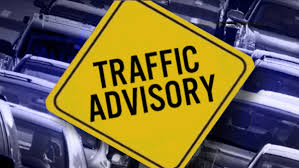 Srinagar: The Srinagar-Jammu highway, the only surface link connecting Kashmir Valley with rest of the world, shall be closed for civilian traffic tomorrow, traffic department said on Saturday.

“Only SFs (security forces) convoy shall be allowed. No movement of any type of public vehicle shall be allowed on Jammu-Srinagar highway,” a traffic department official said.

On April 3, the government banned civilian traffic from dawn to dusk for two days every week until May 31 on the Highway stretch from Udhampur in Jammu to Baramulla in North Kashmir to facilitate the movement of government forces convoys.

The measure has been adopted to facilitate unhindered movement of security forces’ convoys to eliminate the possibility of fidayeen attacks during the ongoing poll process, said the government in an official order issued here.

The ban on civilian traffic would be effective from Baramulla to Udhampur through Srinagar, Qazigund, Jawahar-Tunnel, Banihal and Ramban, the notification said. (GNS)