Two air Force personnel including a squadron leader killed, 2 others injured in road accident in Awantipora 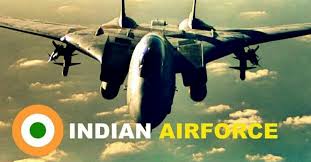 Srinagar: Two air force officers have been killed while two others have suffered injuries in a road accident in south Kashmir’s Awantipora area of Pulwama district in the wee hours of Thursday. The slain include a squadron leader.

Confirming the accident, a senior police official said that the accident occurred al Malangpora outside air force station at around 3 am. The identity of the slain could not be ascertained immediately.