Aru residents suffering due to frequent closure of road 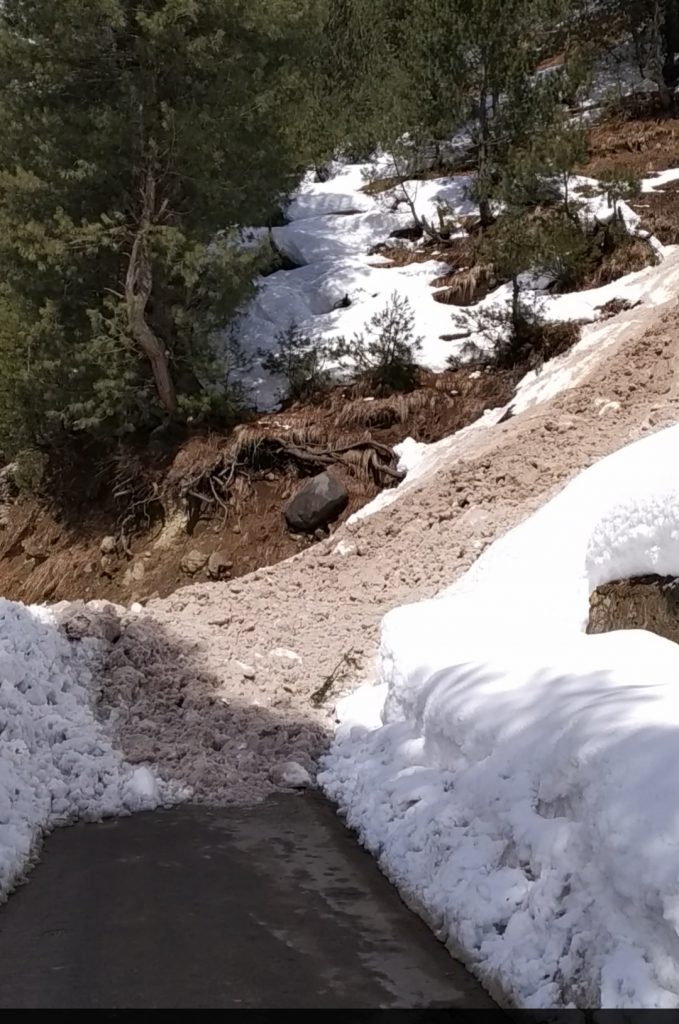 Aru residents suffering due to frequent closure of road

Pahalgam: The residents of Aru Valley located in South Kashmir’s Pahalgam area, are suffering due the frequent blockade of the road.

The 4-km long stretch from Mandala village to Sarshar park is narrow and often gets blocked with the accumulation of few inches of snow, or due to avalanches and landslides.

Last year, the government floated a work tender for widening of the road last. But no work has started yet.

“We request that instead of road widening which will result in triggering more  landslides, the government should realign the stretch between Mandala village to Sarshar park,” locals of Aru ssaid .

In absence of health facility in the area, the road remains the only hope for medical emergencies.

Also, the frequent blockade of road has affected the livelihood of people as tourists are not able to reach Aru.

The tourism is the only source of income for hundreds of families. Already, the adventure sports like mountaineering and winter sports institutes have shifted their bases to Gulmarg due to the frequent closures of the road.

The locals said the snow and landslide clearance between Mandala village to Sarshar park portion has becomes difficult due to its narrowness. They said three persons lost their lives recently while clearing the snow.

The locals have appealed the government that the 4km stretch of Pahalgam – Aru road be diverted and realigned to avoid avalanches and landslides to save lives, and so that road remains open throughout the year.

The locals also appealed that the old road should be restored which is free any such hindrance.

“Road widening will further complicate the issue of landslides and avalanches and it is absolutely not practical,” locals said.