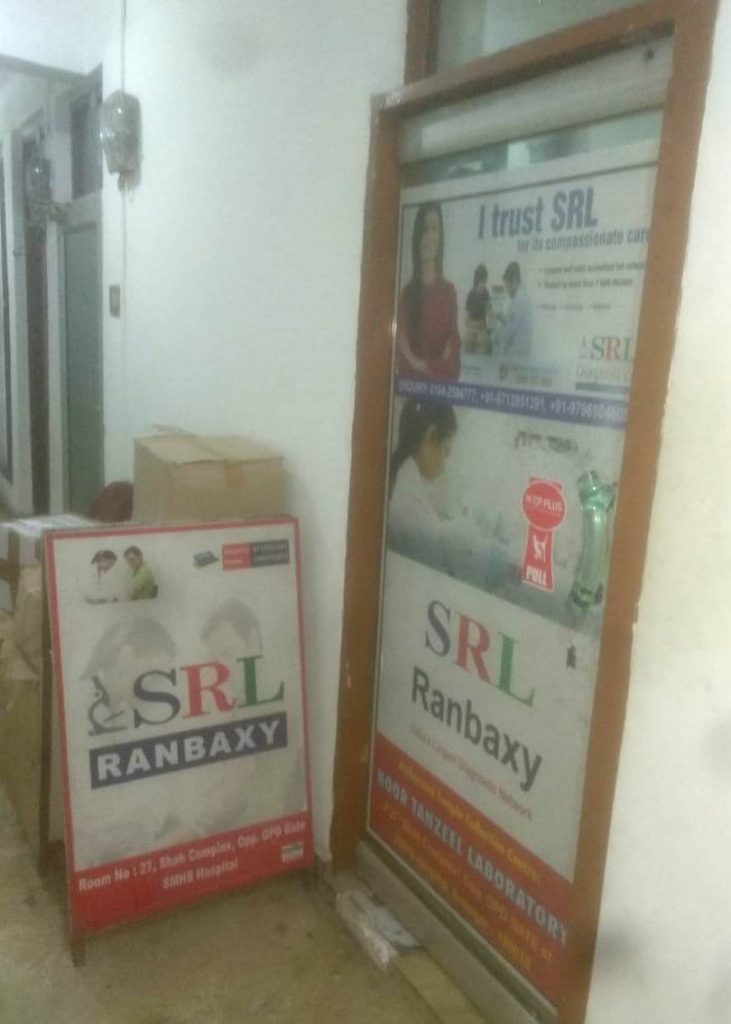 Srinagar: SRL-Ranbaxy officials have send life threats to The Kashmir Press  staff following the expose that how their diagnostic centre and doctors in the SMHS hospital were working in league to exploit the gullible patients.

A SRL-Ranbaxy official called the Kashmir Press office and threatened that he would take “life” of the Kashmir Press staff and would “teach them lesson,” for carrying an investigative story exposing how their officials were stealthily allowed to operate in a public hospital.

The Kashmir Press is in possession of recording wherein the official is using abusive language and sending threats.

“I will get you people killed. Tell me where do you people live?  I will come there and teach you lesson,” official said while threatening the Kashmir Press.

“I will get your media house closed. For that if I have to kill you, I will do that”.

While talking to The Kashmir, Head official, SRL-Ranbaxy laboratories, Puneet Walia said that their lab outside SMHS hospital belonged to their franchise.

“We will take actions against the official. Please forward us the details,” he said.

Earlier, the Kashmir Press has carried a story that how doctors at SMHS hospital, in nexus with private SRL-Ranbaxy diagnostic centre, were forcing patients to get their tests done from the very lab, thus violating the hospital protocols.

The SMHS authorities maintained they had no idea about the issue, but said if it was happening it was a crime and against the hospital rules.