Srinagar: ‘Kathbath,’ the Kashmir talk show to be conducted at Jamia Millia University in the first week of April has mired in controversy for the consecutive second year.

Even as the Kashmiri organizers maintain that their idea behind organizing the programme is to show case Kashmiri talent, a large number of Valley students at Jamia Millia Islamia university believe that “Kathbath” bears political overtones, which is in stark contrast with ground situation prevailing in Jammu and Kashmir.

The differences between the organizers and students grew so much that the later issued a long press note to defend their position and explain why they believe that the programme was nothing, but defending the “statist position”

The students expressed dismay and disapproval of an event named “Kasheer-19” that is going to be held in MM Ansari auditorium of the university on April 2,3 2019.

In a statement, the students said that this event, masquerading as an “art & culture fest” is being held in the name of “Kashmir” and is a stark misrepresentation of the situation of Kashmiri students studying in different parts of India and the overall situation in Kashmir.

“The event has political overtones while also being backed by vested statist interests. The event had sharply polarized and divided J&K students in the campus last year. In fact, after the conclusion of the last year’s fest, the invitees from Kashmir like Zareef Ahmad Zareef , etc also cautioned students against holding such fests in future, but their sincere advice was also downplayed,” the students said in a statement.

This event, the students in the statement said, deliberately sows the seeds of confusion among students and attempts to distort the discourse on Kashmir by blurring the identity lines while camouflaging the reality in Kashmir. “Under the adverse political atmosphere around, and the worst state (of) oppression and curbs on people’s rights in and outside Kashmir, we take a strong objection to organising the event in our name that shows a non-existing normal state of affairs.” 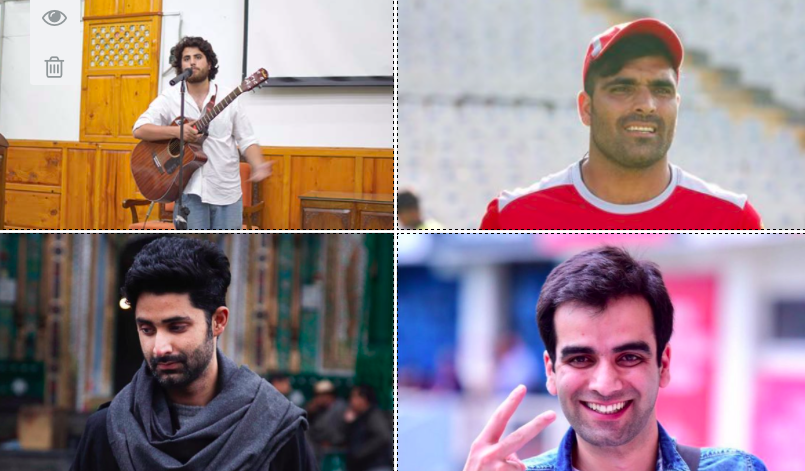 “The fact of the matter is J&K students studying in different universities and colleges across India are not living under normal circumstance. The post Pulwama witch-hunt and mob lynching of Kashmiris from Haryana to Bengaluru, suspension of at least 2 dozen students from Indian universities and return of 3000 students to Kashmir has created an extra-ordinary fear. Female Kashmiri students were abused, and they had to lock themselves in their rooms as threats from fascist forces intensified. The United Nations and supreme court of India have taken cognizance of the fearful circumstances faced by Kashmiris across India.

“Facing an existential threat, at least 3000 students returned to the valley, leaving their education midway. The viral videos of Kashmiri businessmen and journalists facing extreme physical persecution has rendered all of us to a state of trauma. The killing of a school principal in police custody, other routine killings, demographic threats, have added to the miseries of Kashmiris. The situation at border and latest escalation between two nuclear powers, has reduced our lives and land as mere objects of war. Such circumstances have led to a state of perpetual mourning in Kashmir and holding such fests just obfuscates the reality.

“The ‘kasheer-19 Fest’ done in our name, tramples upon our very identity by grossly appropriating the culture. We feel that such events are catalysts in altering the real dynamics of Kashmir discourse, with a definite purpose to question the integrity of our nation. The appropriation of Kashmir identity and culture has been used and hijacked by statist forces in the recent history of Kashmir, which has only created more chaos.

“We call upon the invited guests not to advance any unpleasant gestures and abstain from coming to such events which create fissures and flare up the animosity among students in the campus and leads to our misrepresentation.

“In the interest of full disclosure, our silence on such events would have been considered as a tacit approval, which would have been misleading and under no circumstances would have represented us. We are deeply connected to our people, who are living in the political turmoil and war like situation. We cannot trade their resistance and living-realities and misrepresent them by organizing such fests in their name. Only a genuine voice and support for their real aspirations, is what suits in their name.”

The organisers of the event, however, disapproved the statement of the students, asserting they just want to show case Kashmiri talent.

One of the organisers of the festival “Kasheer-19” Harris Beigh said that the event will continue despite the opposition of Kashmiri students.

He said that there is nothing wrong if the Kashmiri invitees will come and speak about their life.

Pertinently, in April 2018 the event was boycotted by the Kashmiris students then as well.