Srinagar: Turkey’s President Recep Tayyip Erdogan on Sunday offered a slew of measures including a biotechnology valley, a giant film plateau, and a “line of art” along eight km shoreline, during a massive rally in Istanbul’s Yenikapi neighbourhood. 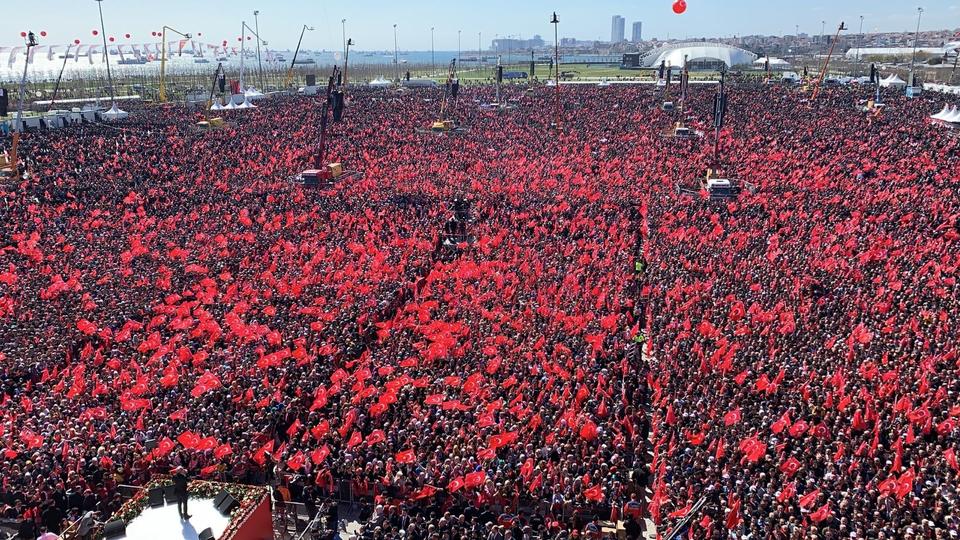 The coalition of both parties called People’s Alliance will field candidates in 51 of the total 81 provinces.

Sea of followers converged at President Erdogan’s Istanbul rally, a week ahead of local election. (AA)

The rally was headlined by President Erdogan, also the head of the governing party, along with MHP leader Devlet Bahceli and Binali Yildirim, the AK Party’s Istanbul mayoral candidate.

“Turkey will set up a biotechnology valley in Istanbul, creating some 20,000 jobs”  Erdogan said to the cheering crowd, adding, Turkey will also establish a giant film plateau.

The president also promised building “a line of art” along the 8.5 km coast between Sirkeci and Yedikule neighbourhoods in the country’s financial capital.

President Erdogan was flanked by his wife Emine Erdogan in the rally held in Yenikapi neighbourhood of Istanbul. (AA) 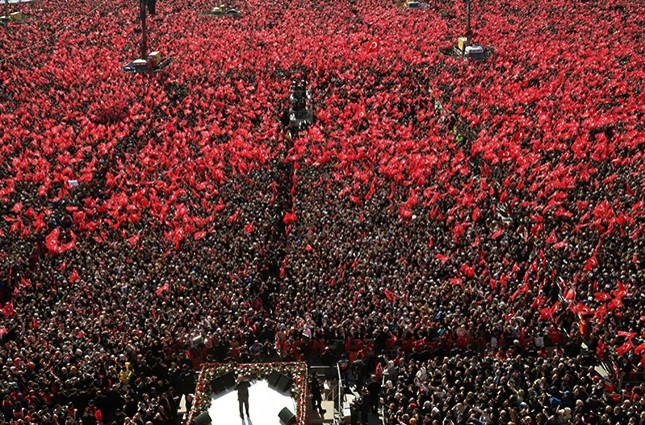 With the clock ticking down to March 31, Turkey has seen in the past weeks daily campaign rallies and speeches by candidates and political leaders.

Twelve political parties are set to compete in the local polls. (Agencies)