Welcoming him into the party fold, Jaitley said Gambhir’s decision reflects the kind of expansion the saffron party has undergone in recent years. 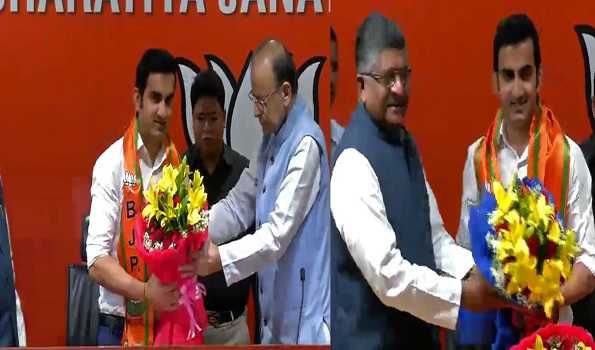 “The BJP will be a fabulous platform to work for the country….,” said Gambhir on the occasion.

“I am impressed by the works of Prime Minister Narendra Modi,” he said.

Also a recipient of Padma Shri award, Gambhir was also conferred the Arjuna Award in 2008.