Srinagar: China on Tuesday assured Pakistan of firm support to protect its territorial integrity and dignity during a high-level bilateral strategic dialogue in Beijing. At this meeting, Islamabad had raised the “rapidly deteriorating” situation in Kashmir and called on New Delhi to relook its policies in the state.

Last week, China had for the fourth time put a technical hold on listing JeM chief, Masood Azhar as a global terrorist at the UN security council, saying it needed more time to study the case.

“No matter how things change in the world and the region, China will firmly support Pakistan upholding its independence and territorial integrity and dignity,” he said.

Wang said China has always believed that peace and stability in south Asia was in the joint interests of countries in the region and is what the international community wishes. 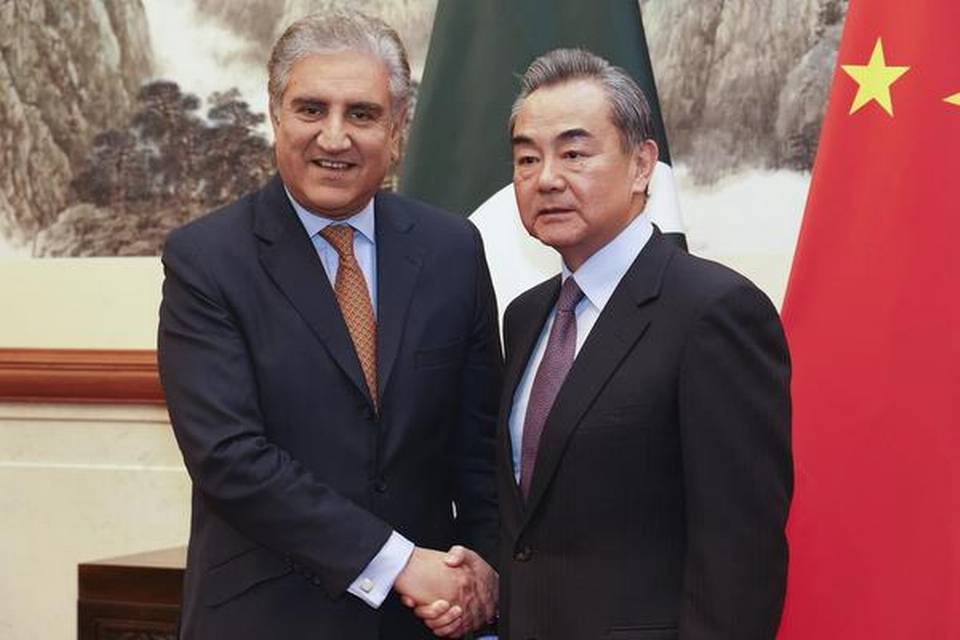 “China appreciates Pakistan’s constructive efforts to ease the situation and calls on Pakistan and India to continue to exercise restraint and resolve the differences that exist via dialogue and peaceful means,” Wang said.

The two ministers were addressing the press after the first-ever China-Pakistan Foreign Minister-level strategic dialogue.

Qureshi, meanwhile, raised Kashmir issue and the human rights violations during his dialogue with Wang.

“I also briefed the foreign minister on the rapidly deteriorating situation on the Indian side of Kashmir, intensification of human rights violations, especially after Pulwama,” he said, referring to where the attack took place.

“This is a concern because that leads to a reaction and that reaction at times creates tensions in the region which must be avoided,” Qureshi added.

“I think there’s a need for a new assessment on how the situation on the Indian side of Kashmir should be handled by the Indians. There are now voices within India that are questioning the efficacy of the policy that they’ve followed for the last so many years,” Qureshi said.

He said “Pakistan was always ready and is still ready” for talks with India to resolve differences.