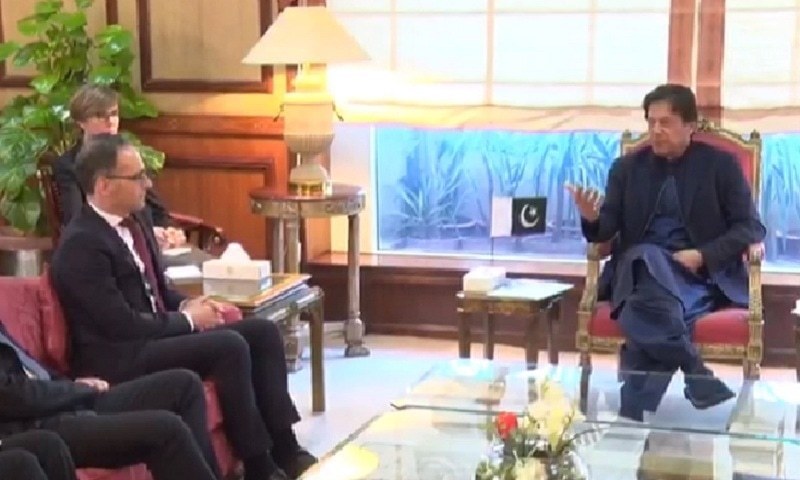 The Prime Minister Khan welcomed Maas at his office in Islamabad, and told him that Pakistan attaches high importance to its relations with Germany, which are characterized by shared democratic values and multifaceted cooperation.

The Prime Minister briefed the German foreign minister on Pakistan’s relations with Afghanistan and India as well as steps taken by his government towards de-escalation with latter.