Srinagar: Investigators are focusing on the sequence of events that led to the crash of an Indian Air Force Mi17V5 helicopter near Srinagar on February 27, resulting in deaths of all six airmen onboard and a citizen on ground.

The chopper crashed within the 10-minute span when IAF jets were engaged in an aerial battle with the Pakistan Air Force fighters, 100 km away along the Line of Control in the Nowshera sector, and air defence systems were on operational alert. The command and control systems were under immense pressure as a ‘fog of war’ prevailed, Economic Times reported.

The chopper crash has been described as the most tragic fallout in the ongoing tension with Pakistan. It is not clear if the chopper was inadvertently cleared for flight, even after an air intrusion warning was sounded following Indian radar detecting incoming Pakistani jets, or if it was on a search and rescue mission. 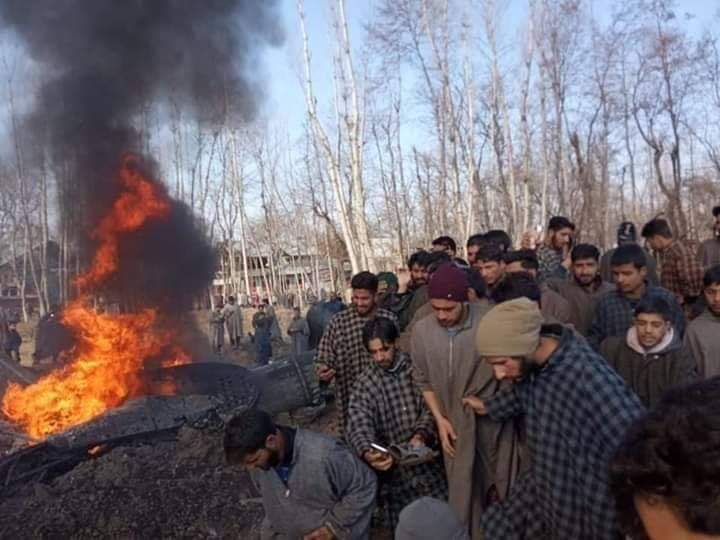 The official statement said it was on a “routine mission.”

Quoting a defence source, the report said all possible angles will be probed, including the possibility of the chopper taking a ground fire hit, as air-defence systems near Srinagar were operational at the time of the crash. IAF has said it was too early to comment on the crash.

“A court of inquiry has been ordered and we cannot speculate on the reason behind the crash before it submits its report,” an IAF officer said. A source told ET that the family of the pilots have been assured that the inquiry would bring out the reason behind the crash in “10 to 15 days.” The Indian side officially acknowledged the crash but has not mentioned it in statements on the aerial battle and current conflict with Pakistan. In its official statement, the Pakistani military acknowledged the aerial battle over Nowshera but said its fighters were not involved in the chopper incident.

Mi17V5 is one of the sturdiest choppers in service across the world and is not usually prone to technical faults of catastrophic nature. A source said in this case too, ground operators did not receive any radio call or message from the crew of a technical fault.

Eyewitness reported that a loud explosion was heard in the air before the chopper crashed in a trail of smoke, indicating a possible catastrophic external event contributed to the incident. The crash — the chopper was airborne at 10 am and crashed at 10:10 am — coincided with the time IAF jets were scrambled to intercept PAF fighters approaching the border.

IAF’s Su30MKIs, Mirage 2000s and MiG21s had moved into the Nowshera sector and reportedly felled a Pak F16 even as groundbased defence systems were operational. The systems, mostly operated by IAF, are designed for quick reaction takedown of incoming aircraft and have inbuilt safeguards for IFF (identification, friend or foe) to look through the fog of war. A friendly fire incident would mean breach in multiple layers of safeguards.