Srinagar: Pakistan plans to lodge a complaint against India at the United Nations, accusing it of “eco-terrorism” over air strikes that damaged pine trees and brought the nuclear-armed nations to blows, a government minister said on Friday, Reuters reported.

Indian warplanes on Tuesday bombed a hilly forest area near the northern Pakistani town of Balakot, about 40 km (25 miles) from India’s border in the Himalayan region of Kashmir. New Delhi said it had destroyed a militant training camp and killed hundreds of “terrorists”.

Pakistan denied there were any such camps in the area and locals said only one elderly villager was hurt. 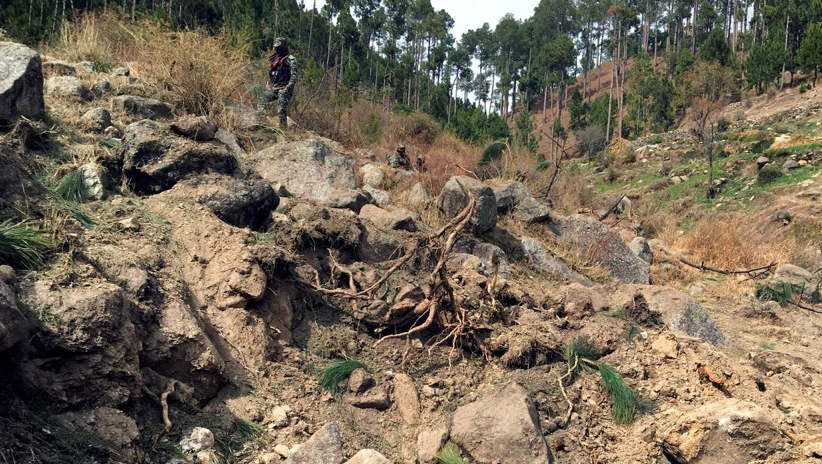 Climate Change Minister Malik Amin Aslam said Indian jets bombed a “forest reserve” and the government was undertaking an environmental impact assessment, which will be the basis a complaint at the United Nations and other forums.

“What happened over there is environmental terrorism,” Aslam told Reuters, adding that dozens of pine trees had been felled. “There has been serious environmental damage.”

Two Reuters reporters who visited the site of the bombings, where four large craters could be seen, said up to 15 pine trees had been brought down by the blasts. Villagers dismissed Indian claims that hundreds of militants were killed.

The United Nations states that “destruction of the environment, not justified by military necessity and carried out wantonly, is clearly contrary to existing international law”, according to the U.N. General Assembly resolution 47/37.

India and Pakistan are also engaged in a diplomatic tussle, with New Delhi vowing to isolate Pakistan over its alleged links to militant groups. Islamabad is currently putting pressure on the Organisation of Islamic Cooperation (OIC) to uninvite India’s foreign minister from their next meeting. (Reuters)