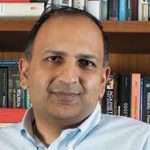 After Pulwama, a suffocation has gripped India. Not to put too fine a point on this, political opinion now operates under the disconcerting thought that Pakistan is in some significant sense, winning. The anger against Pakistan is justified. But what we are witnessing in India is more a paroxysm of self-loathing rather than righteous anger; a self-loathing that is looking not for solutions, but for someone to blame. The tragedy of Pulwama is not just that soldiers died; it is the sense that we are acting as if Pakistan has won.

Pakistan has won because it can help carry out such acts of violence with impunity. No international pressure, no diplomatic response, no surgical strikes seem adequate to the task of deterring this behaviour. It is no small consolation to remember that even the mightiest of powers flounder on the desolate shoals of terrorism; just look at the Americans in Afghanistan. There is no quick fix to the problem.

Pakistan has won because while we have the right, and arguably the duty, to retaliate, we have not built the capabilities. We can carry out visible operations to satiate public will. But the blunt truth is we have not built the kind of intelligence, covert operations, and technological capabilities for a genuine response to sub-conventional warfare. These capabilities are not conjured up at will. They require years of patient state building. These don’t come easily to countries that cannot even get a basic defence contract right. It is nonsense to say that India or Indian liberals did not have a national security strategy. The thinking on this is quite sophisticated. It is truer to say that as always we did not put our money where our mouth is.

Pakistan has won because the radicalisation in Kashmir is real and the alienation pervasive. We can console ourselves with the fact that cowardly Pakistani generals who use proxies can never win an actual war. But it is also becoming clear that our chest thumping politicians can seldom win an actual peace. It is easy to vent out anger at Kashmiris; it is far more difficult to accept the truth that in the last five years we made the situation in Kashmir far worse. The fragile and uncertain gains in Kashmir of the Atal Bihari Vajpayee and Manmohan Singh years have been squandered away in an illusory bravado. Pakistan has won because our responses make India look more like Pakistan. There is a long-standing strain in Indian politics that has gained more currency recently. Structuring citizenship or political standing around religious identity was Pakistan’s parlour game. But there are more politicians in India now who want to play the same game, who are besotted by the same vocabulary of blasphemy, religion-based identification, and parochialism. There are sections of the Indian Left, whose response to nationalism is to say that the poisons of smaller identities can be an antidote to the larger poison of vicious nationalism.

Pakistan has won because while we have the right, and arguably the duty, to retaliate, we have not built the capabilities. We can carry out visible operations to satiate public will. But the blunt truth is we have not built the kind of intelligence, covert operations, and technological capabilities for a genuine response to sub-conventional warfare

We are creating a culture where each life is reduced to, and completely foretold in, its identity. Now, apparently, even soldiers are reduced entirely to their caste. No wonder it is so easy to stereotype, attribute collective guilt and seek collective retribution and conjure up divisions. Pakistan was born in and is scarred by an identity fetish. Instead of embracing freedom, we also want to measure up to that fetish.

Pakistan has won because in the war we are alone. Of course, we have to artfully use any country that will listen to us. It is even more important to keep Pakistan’s friends nearer to us than its enemies. But the blunt truth is that we look in vain for geopolitics to help us. The world has its own interests in propping up the India-Pakistan divide. And which external power can even understand, let alone heal, the psychological complexes that fuel this irrational war?

Pakistan has won because our public culture has become corrosive. The Pakistani state’s silence in the face of violent proxies is being mirrored in our state’s silence in the face of vigilantism. Pakistan has long been a state whose public culture has been tethered to an unreality about its future. It has so often cut off its nose to spite the face. In our phantasmagorical projections of power, in thoughtless diagnosis, in the rush to find someone to blame, India’s public discourse is devolving into the same unreality. It may be true that a vast majority of people still carry their heads with a sense of balance and proportion. But there is no denying the fact that those are not the people who are empowered: Amit Shah and Tathagata Roy are the empowered faces of India.

The world has its own interests in propping up the India-Pakistan divide. And which external power can even understand, let alone heal, the psychological complexes that fuel this irrational war?

So the self-loathing in the aftermath of Pulwama is not just about righteous anger against Pakistan. It is about the deep suffocation at the realisation that we have let Pakistan win. Sure, there will be some retaliatory action. But even if successful, we know that is not a victory. In 1971, we won the war but lost the peace. Sure, there will international support for India. But it will at best re-direct Pakistan’s efforts, not finish them off. Sure, India has more moral capital than Pakistan. But we have too many politicians willing to dissipate that capital. Sure, India has been far too patient with Pakistan. But India’s grievous sin is more that it has not been impatient about building its own capabilities.

The net result is an anger that is self-destructively turning inward. The Right has turned on Kashmiris, Muslims, journalists and other assorted “anti-nationals”, because it cannot accept the self-defeating nature of its own ideology and interventions. It has been caught in the lie that a chest-thumping Modi can do better than a vacillating Nehru. The Left has always laboured under the anxiety of whether its positions were principled or simply a rationalisation of weakness. Either way India feels trapped.

The writer is vice-chancellor of Ashoka University.

Note: The article was published in the Indian Express Newspaper On February 23, 2019