Srinagar: Amid the ongoing incidents of harassment of Kashmiri students and businessmen in various parts of mainland India after the Pulwama attack, hotel owners in Agra have put up pamphlet, asking Kashmiri tourists to remain away.

The hotel owners said that the local population of Kashmir is supportive of militants despite “our security men being killed”, reported The Times of India.

Quoting Rajjab Ali, manager of Kishan tourist lodge, the report said, “Our 46 jawans and officers have been killed in various activities post February 14 in Kashmir, but still local residents support militants instead of paying homage to slain soldiers. It needs to stop or we will not allow them in our hotels.” 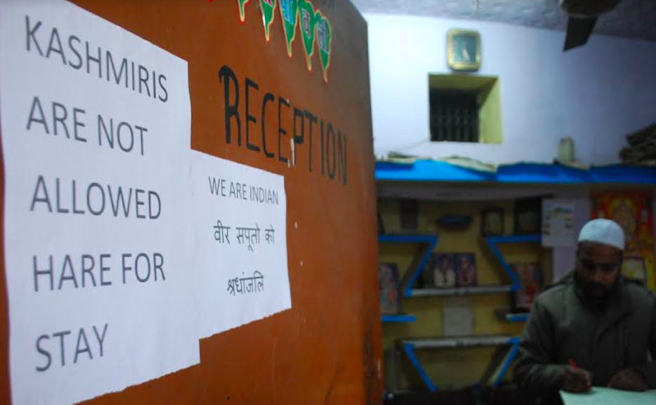 He added, “The ban will continue in the hotel until our martyrs are not served justice. We need double heads of Pakistani soldiers who often kill our men in ceasefire violations.”

Rohit, manager of Hotel Riz said, “As an Indian I support Indian defence forces unlike Kashmiri who see our soldiers as enemies. We won’t allow any Kashmiri resident to stay in our hotel until they don’t stop engaging in stone-pelting against our forces and target them.”

Ramesh Wadhwa, president of Agra hotel association said, “We don’t support such protest against Kashmiri nationals, as they too are Indians. Every Kashmiri tourist or resident can fearlessly travel and stay in our hotels.”