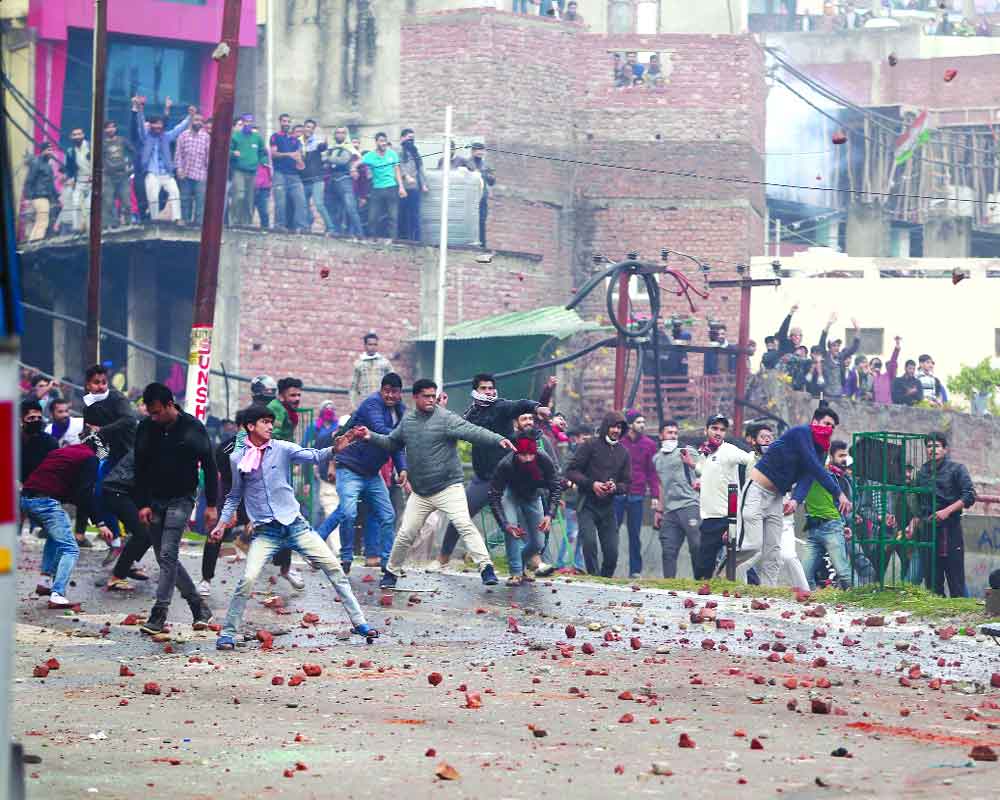 Poonch: The rioters affiliated with right wing Hindutva groups ransacked properties worth millions of rupees belonging to the   Muslim community in Poonch town.

The incident happened February 15, 2019, but could not be reported due to the internet suspension in the region.

The rioters resorted to arson and loot after 49 CRPF men were killed in a Fidayeen attack in Pulwama.

According to the witnesses, the Hindutva rioters resorted to provocative and anti Muslim slogans at Mohalla Alapir of Poonch town and destroyed around a dozen of cars apart from other material assets.

Some of the rioters have reportedly been videographed by the locals while doing the criminal act.

Following the incident, the police also filed an FIR against the accused in Police station Poonch.

However, the locals said the police has not acted and no one has been arrested.