Addressing a press conference at her residence in Srinagar, Mehbooba said that Governor is playing with the fire by taking decisions against the sentiments of people. She was accompanied by PDP vice president Abdul Rehman Veeri, Muhammad Ashraf Mir and Khurshid Aalam. 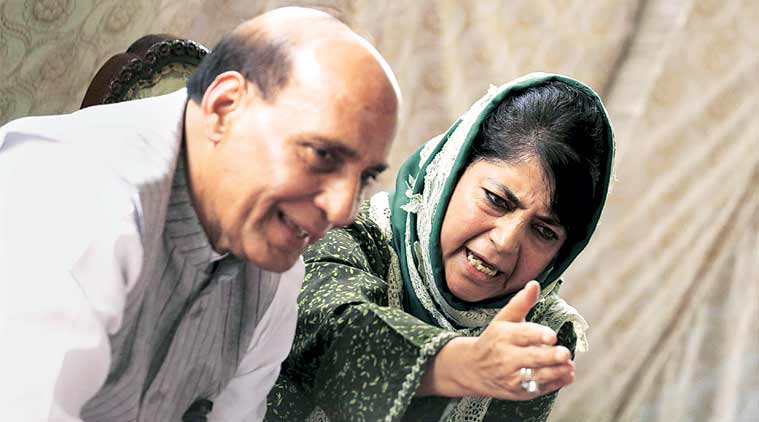 Reacting to the protests in Kargil following grant of “divisional status” to Ladakh, Mehbooba demanded rotational headquarters for Kargil and Ladakh like Jammu and Kashmir to calm the protesters and to accommodate the aspirations of people of the region.

She said New Delhi is implementing its agenda through Governor led administration.

“We in the coalition government foiled the attempts of the New Delhi but now they are implementing their agenda through Governor Malik,” she said.

She also said that Pir Panchal and Chenab Valley should also be granted divisional status.

“By various orders passed by the Governor, the Centre is trying to divide Muslims on regional lines and in different sects (Shia and Sunni). The Centre is playing with fire. There is a notion that they want to disempower the Muslims of the state,” Ms Mehbooba said.

Hitting out at the Governor, Ms Mehbooba said that the people’s sentiments were not taken into consideration while taking decision to create a separate division for the Ladakh region. “

The decisions taken by Governor are against the sentiments of Kashmir. This is a Muslim majority state and the government has to keep the sentiments of the people, both majority and minority communities, here, into consideration,” she said.

Reacting on agitation following setting up of the administrative headquarters of newly-created Ladakh division in Leh, Ms Mehbooba demanded rotational headquarters between Kargil and Leh to calm down the protesters and to accommodate the aspirations of people of the region.

The PDP president said the BJP didn’t allow her party to implement the Forest Act which is applicable across the country.

“BJP didn’t allow us to implement the Forest Act which is applicable across the country. Somehow they want to alienate the Muslim majority of the state,” she alleged.