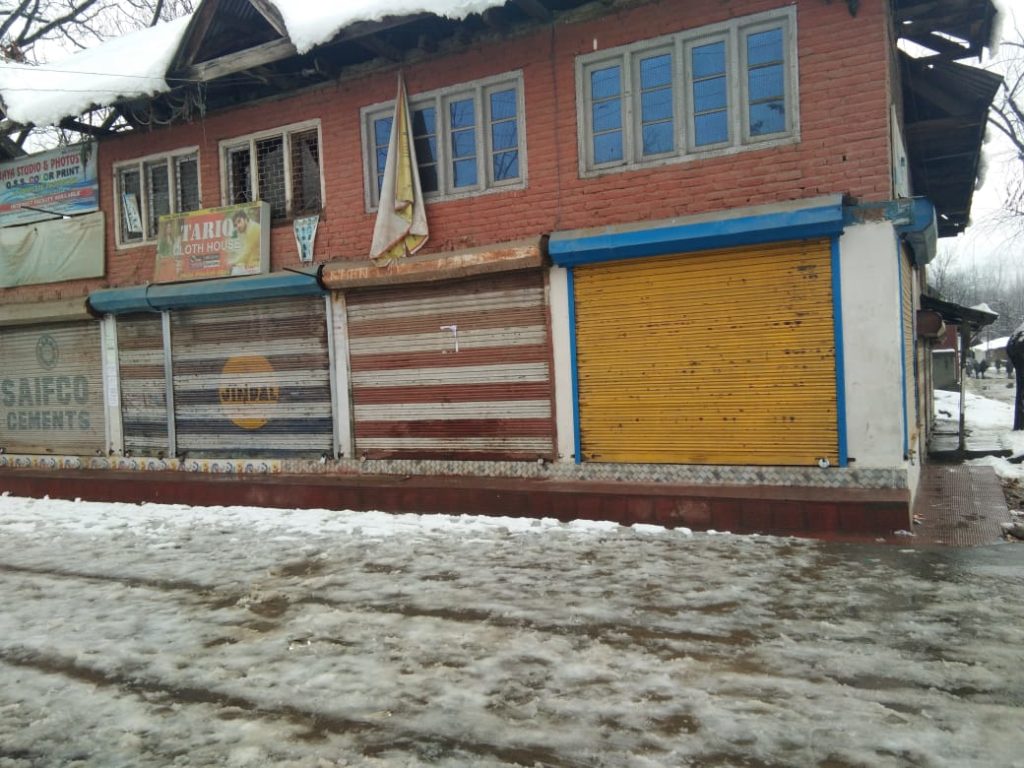 All the business establishments remained closed throughout the day.

The call for shutdown was forwarded by local Masjid Committee and posters were pasted before hand to make people aware about the massacre.

Recounting the incident, eyewitnesses said that on that fateful day, BSF personnel cordoned off Ajas town and announcements were made from local mosque directing people to assemble and Markazi Jamia Masjid Ajas.

“Those days BSF was very active and ruthless. This Force was responsible for the major massacres across Kashmir. People assembled in the Markazi Jamia Masjid despite the inclement weather. We were paraded before the informers and some youth were picked up and interrogated on spot,” they said.

The witnesses added that people were always wary of these crackdowns.

“We couldn’t resist the torture of our children in front of us. The cries and wails of these youth forced people to confront some of the security men. As some BSF men tried to hit people with gun butts, few youth hurled fire pots (kangris) on them. This infuriated the BSF men who resorted to indiscriminate firing. They directly fired upon the protesters, killing four persons on spot while two more died in the hospital,” eye witnesses recounted

As a result, five civilians were killed on the spot while four persons including two females suffered bullet injuries.

“It was like dooms day. After killing civilians, the BSF men dragged the dead body of Wali Rehman Khan and never returned afterwards. His family still doesn’t know what the BSF men did to Wali’s dead body,” the witnesses said.

An FIR stands registered about the incident at police station Sumbal.  Even after the expiry of 27 long years, justice still eludes to the families of the victims who claimed that not a single BSF man was censured or taken to task by the authorities.