Washington:  Submitting to political pressure, President Donald Trump has backed a deal to temporarily end the record-breaking government shutdown in America’s history despite getting no funding for his controversial plan to build a wall along the US-Mexico border.

The deal resolved the crippling 35-day closure but not the fight over his proposed border wall.

Trump is demanding USD 5.7 billion of congressional funding to build the wall, but the Democrats have refused. The shutdown, which began on December 22, has affected some 800,000 federal employees.

Trump previously vowed to reject any budget unless it included funding for his signature campaign pledge.

The deal backed by Trump funds the government for three weeks, until February 15, while lawmakers try to reach a wider deal on immigration. Both the House and Senate passed the plan by voice vote on Friday.

The White House later confirmed Trump had signed it into law.

The short-term deal provides financial relief for federal workers, who have been furloughed or on the job without pay for more than a month and missed another paycheck Friday. 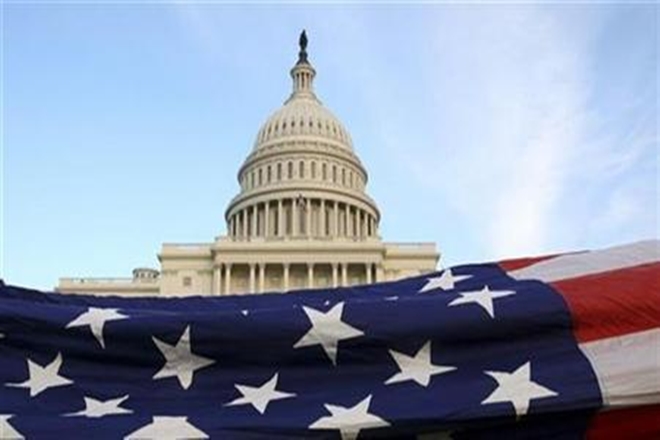 The reopening also eases pressures on the airline industry, which was grappling with staffing shortfalls in airport security and air-traffic control. It could speed tax refunds from the Internal Revenue Service, and restart other government functions related to small business loans, initial public offerings and infrastructure projects, among others.

Announcing the pact in a speech from the Rose Garden, Trump said he would start negotiations between the House and Senate over a full-year bill funding the Homeland Security Department, which oversees the border.

“After 36 days of spirited debate and dialogue, I have seen and heard from enough Democrats and Republicans that they are willing to put partisanship aside, I think,” Trump said.

However, the deal, political analysts, said appeared to be a defeat for Trump as he could not get any funding to construct the border wall, which the president says is essential to prevent the flow of illegal immigrants into the US.

Asserting that deal is not a concession that he gave to the Democrats. Trump warned of another shutdown or declaring national emergency to build the wall, in the absence of Congressional funding for the wall.

“Let me be very clear: We really have no choice but to build a powerful wall or steel barrier. If we don’t get a fair deal from Congress, the government will either shut down on February 15, again, or I will use the powers afforded to me under the laws and the Constitution of the United States to address this emergency. We will have great security,” Trump said.

House Speaker Nancy Pelosi, however, expressed happiness over the deal.

“Disagreement in policy should never be a reason to shut down government, really shouldn’t. Especially, again, for a period of time that has an impact on the paychecks. And I’m sad it’s taken this long. I’m glad that we’ve come to a conclusion today as to how we go forward in the next three weeks,” she said.

Trump’s State of the Union address, scheduled for Tuesday, has also

Responding to a question, Pelosi said the new dates of the State of the Union Address has not been planned as of now.

“What I said to the President is, when the government is open, we will discuss a mutually agreeable date and I’ll look forward to doing that and welcoming the President to the House of Representatives for the State of the Union when we agree on that mutual date,” she said.

Congresswoman Tulsi Gabbard said that the temporary opening will create the opportunity for Democrats and Republicans to come together to address funding levels and authorities for border security and immigration concerns.

“We cannot allow our government and federal employees to suffer and be held hostage because of partisan politics or policy disagreements, she said.