‘PDP freed me from imprisonment,’ says Altaf Bukhari after his expulsion from PDP 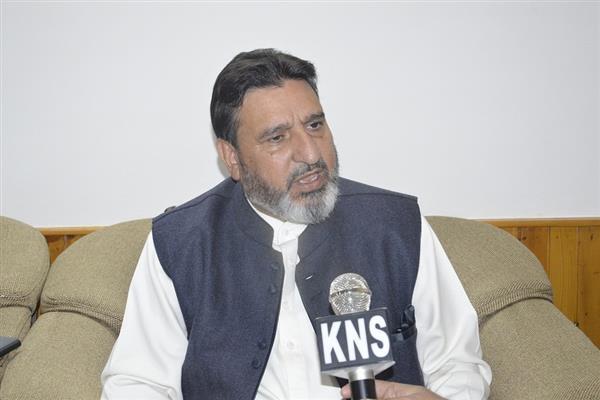 Srinagar: Former finance minister, Syed Altaf Bukhari on Saturday welcomed the decision taken by Peoples Democratic Party (PDP), saying that he feels that has been freed from the confinement.

Soon after being expelled, Bukhari said that “I am happy that the party has taken a decision to expel me. I feel that I have been relieved from a huge burden and I am freed from the imprisonment.”

He added that to be in the party was against his voice of conscience. “I am happy that the party has taken this decision. I welcome the party’s decision and I feel I have been freed me from a confinement,” he said.

Altaf was considered as the top leaders of PDP ever since he joined the party. He was inducted in the cabinet twice and served at different portfolios. He was also the Chief Minister candidate from the party after the death of former Chief Minister and PDP patron Late Mufti Muhammad Sayeed.

Notably, the political maneuvering in Jammu and Kashmir is getting momentum as various political leaders are shifting to other political parties ahead of the parliamentary and assembly elections here.

The decision of expelling him from the party would likely strengthen the third front that is currently being revived in the State. Several leaders including Altaf Bukhari, Muhammad Yousuf Tarigami, Ghulam Hassan Mir and Hakeem Muhammad Yaseen are among the leaders who are in talks to revive the third front. (KNS)