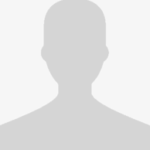 If we take a look at 20the century Urdu literature, then we come across many great writers like Krishen Chander, Asmat Chugtai, Khwaja Ahmad Abas, Rajinder Singh Bedi and Intizar Hussain.

But there is one more widely read and the most controversial Urdu short story writer, known to the world as Sadat Hassan Manto. His Urdu literary oeuvre has received an overwhelming appreciation as well as extreme critical condemnation by critics and readers.

Manto was born in May of 1912 at Samral, then part of united Punjab’s Ludhiana district. He died at the age of forty three in January of 1955 at Lahore in Pakistan. The maverick Urdu writer’s literary career spread over almost two decades during which he wrote for newspapers, radio and the screen in Bombay. It has now been more than seven decades since the great partition took place in the sub-continent, but the post migration life of the author and his fiction still remains at the center of debate for socio-political reasons.

For some he is the D.H.Lawrence of Urdu fiction and a writer of obscenity, but for others he is a true chronicler of the savagery people of India and Pakistan suffered during the bloody partition. Manto didn’t categorize his fiction in terms of region, ethnicity or politics but wrote about all the killed as well as the killers and tried to make human sense of the madness after the politicians had turned predators.  His short stories are very short, easy to read and easy to comprehend, but they mirror the biggest historic event of the sub-continent when majoritarian politics had failed to respond to the demands of the biggest minority. The insecurity among the minorities was then the same burning issue it is still today as echoed by noted artists like Nasser din Shah from the Sadat Hassan Manto’s dream city Bombay.

It has now been more than seven decades since the great partition took place in the sub-continent, but the post migration life of the author and his fiction still remains at the center of debate for socio-political reasons

Manto’s short stories and personal life have made it to the box office time after time across the border. The new movie ‘Manto, produced by Nandita Das, is an effort to keep the debate of partition alive through the portrait of the writer and his everlasting literary journey. It depicts the creation of a new country along the lines of religion as a major political catastrophe.

The American poetess Muriel Rukeyser says that the universe is made of stories, not of atoms. Stories show us where we’ve been, where we are, and point us to paths unexplored. The short story is one powerful genre of literature that presents a piece of life through its own microscopic construction methods.

All significant writers of fiction belong to ideologies without which they cannot write or bring forth untainted aestheticism in their works. Sadat Hassan Manto also wrote his collection of stories under the influence of many socio-political events. However, instead of fanning divisive ideologies, he created artistic narratives that allow the reader to experience the sense of displacement, dislocation, uprootedness, and the dilemmas of people in the backdrop of partition. Unfortunately, Manto’s migration to Pakistan and his life in Lahore has been unnecessarily turned into partisan debate again and again.

Das’ biopic has a powerful star cast that includes Nawazuddin Siddiqui, RasikaDugal, Rishi Kapoor, and Tahir Raj among others. Nawazuddin Siddiqui as Manto has done remarkably well in his role, compellingly delivering all dialogue, and especially in scenes where he is completely absorbed by the stream of consciousness to covey uncontrollable emotions. RasikaDugal is playing the critical role of Manto’s wife Safia, perhaps the biggest moral force in his troubled world.

Instead of fanning divisive ideologies, he created artistic narratives that allow the reader to experience the sense of displacement, dislocation, uprootedness, and the dilemmas of people in the backdrop of partition

Yet, after watching the movie, it feels as though the filmmaker has tried to accommodate her political ambitions rather than the writer’s humanity. The second part of the movie shows how the author felt suffocated and lived a miserable life in the new country.  Lahore is depicted as a place of narrow-minded people, who are restless, unlettered and unsophisticated.

By contrast, Bombay is the city of enlightenment where Manto was in harmony with his creativity and emotions. His friendships with Parsisand others in Bomayare shown as most formative for Manto. Meanwhile, there is a glaring absence of any Muslim friends. There are many scenes and dialogues in the movie where the ulterior motives of the script become clear. Sadly, it is yet another movie where the filmmakers have created a disjointed montage of Manto’s controversial life instead of showing real insights into his life and work.

Undoubtedly, it is always painful having to leave one’s sense of belonging, and especially a place where one’s mother, father and first-born are buried. This sense of loss is quite evident when Sadat Hassan Manto leaves for Lahore, accompanied to the railway station by his close friend ShyamChadda, who reminds him of what he owed the people in his life and that he would be in debt to Bombay forever. None of it means that Manto was not shaped by other places. He was equally in love with united Punjab, the place of his birth and a major artistic landscape for him.

Had the Muslims of India been assured constitutional guarantees of their rights and freedoms, perhaps partition would not have taken place as it did not in Manto’s ancestral homeland Kashmir. To reduce his life and his deeply human personal story to clichés and misrepresentations does not do justice to the celebrated author.

Nandita Das’ biopic is yet another example of misplaced post hoc interpretation. The intense dialogue in the movie around political events, alcoholism, and religion will seriously mislead audiences and fans of his fiction in both the countries. His arrest and trial have been so sensationalized in the movie that it looks as if Manto had only been arrested in the new country.

Truth is that he was arrested three times before partition for the same charges. There has been a calculated attempt from certain quarters to make him and his work collateral damage in the ongoing India-versus-Pakistan tussle.

Manto actually never openly spoke about the reasons for partition but only wrote about the ‘consequences’ of it.  What if he had stayed in India or had migrated to Kashmir where his ancestors came from? How would Nandita Das’s and her scriptwriters have dealt with current themes that continue to threaten the people of a particular community in these places even after partition?

I believe that Manto’s fiction neither espouses specific politics nor any singular position. Mostly it aims to be a grim description of the tragedy that ripped apart millions of people during partition. The new movie repeats the same old faulty narrative that the maverick author was against the idea of religion and partition. Thus if you are planning to watch ‘Manto’, be ready for a typical Bollywood masala movie that fails to provide students of literature with a better and more comprehensive understanding of the troubled world of Sadat Hassan Manto.

The author is a freelance writer and can be contacted at mirliyaqat101@gmail.com