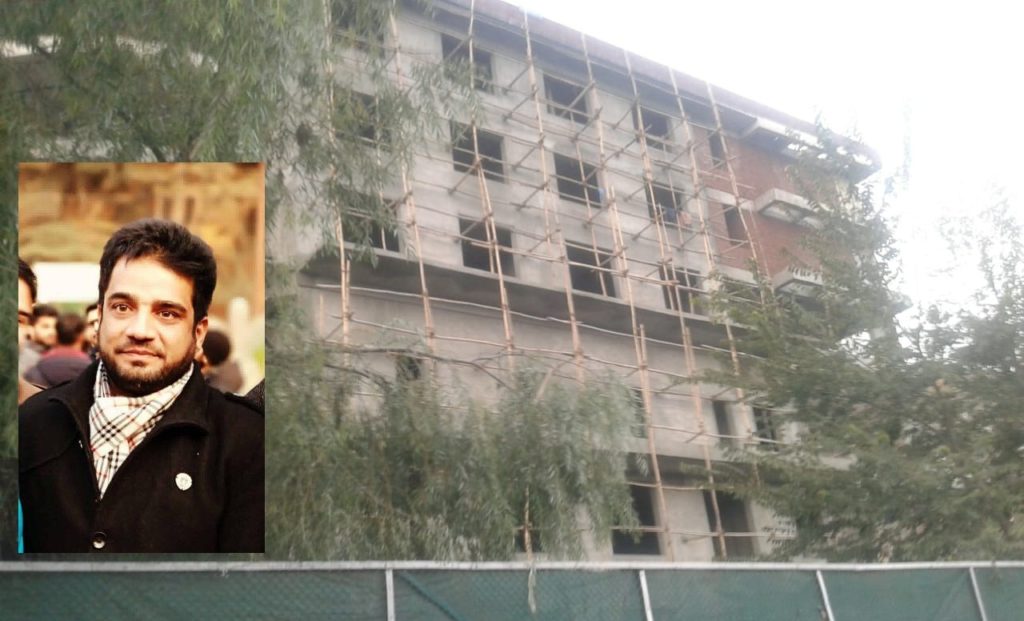 Jan 19: With no let up in public outcry over the alleged ongoing illegal construction near Abdullah Bridge here, the complaint has finally reached the National Green Tribunal.

While the previous government had been allegedly silent over the outcry against the multi-storied construction, public outcry had only been rising.

Prominent socio-political activist Inam Un Nabi has filed a petition “against the mega illegal construction coming up on virgin banks of river Jhelum in gross violation of prescribed norms.”

Talking to Kashmir Press, Inam said he and another social activist Umar Wani had jointly filed the petition which has been accepted for hearing by Principal Bench of National Green Tribunal, New Delhi.

Inam had previously filed a complaint with the Grievance Cell.