JAMMU: The State Administrative Council (SAC) which under the chairmanship of Governor, Satya Pal Malik accorded sanction to the first ever Drug De-addiction Policy to provide for a comprehensive mechanism to address the menace of drug addiction in Jammu and Kashmir. 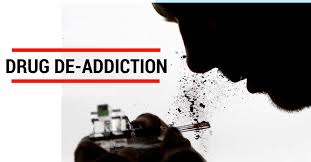 The issue of functioning of various De-addiction facilities and provision of good health conditions to the inmates, establishment of rehabilitation centres, Drug De-addiction Centres and providing a comprehensive mechanism to address this malady has been a subject matter of PIL No. 317/05 in the case titled Javid Iqbal V/s State of J&K and others.

The Court had directed the State Government to draft the Drug De-addiction Policy and provide a more comprehensive mechanism to address the menace of drug addiction. Consequent to this a series of meetings were chaired by the Chief Secretary and slew of directions were issued to Health & Medical Education (H&ME) Department including the release of Rs 50,000 each to GMC, Jammu and Srinagar to facilitate an empirical study on the extent of Drug Addiction and De-addiction challenges. The H&ME Department was also asked to appoint Nodal Officers to integrate/monitor the activities regarding Drug De-addiction across the various Departments in the State.

The Policy drafted by the Institute of Mental Health and Neuroscience’s, Government Medical College, Srinagar incorporates inputs from experts of SKIMS Bemina, GMC Jammu and State AIDS Control Organization. The Policy paper was extensively deliberated by a Committee of officers in the H&ME Department headed by Principal Secretary, H&ME Department. The Committee made its recommendations in the form of a Draft Drug De-Addiction Policy which was also put in the public domain by the Department for inviting suggestions/comments and many useful suggestions/comments received from various notable institutes like TATA Institute of Social Sciences, NIMHANS, PGI and State Crime Branch were incorporated in the final draft. The H&ME Department pursued the finalization of the draft policy vigorously.

The Policy focuses on various key aspects including prevention, rehabilitation and integration, training and sensitization, community participation, generating awareness, upgradation/establishment of drug de-addiction centers. It lays out a comprehensive action plan for addressing the drug addiction issue in its entirety.

Pertinent to mention here is that there has been a steep rise in physical, mental and substance-use disorders over the past two decades across the State. There has been an alarming shift inthe patternof substance use in terms ofrise in the   number   of femaleusers, decreasing age at first-use, increasing   use of solvents, injectable   opiates and use of steroids as well asincreasing drug related deaths (over- dose and accidents).   The menace of drug addiction if not controlled will take the form of an epidemic.

According to the database of GMC, Srinagar and Associated Hospitals, the number ofpatients with substance use visiting OPDin the year 2016-2017 was 6157 and between Jan 2017 and Dec 2017 it was 6550. A recent study conducted in a Drug De-addiction Centre in Srinagar, found that over two-third of patients in the study hadstarted substance abuse in the age groupof 11-20 years.