Earlier on Sunday, Nawaz Sharif arrived in Islamabad ahead of the verdict.

Upon his arrival from Lahore, he had met party president and younger sibling Shehbaz Sharif at his Ministers’ Enclave residence to discuss the party matters and post-verdict scenario. 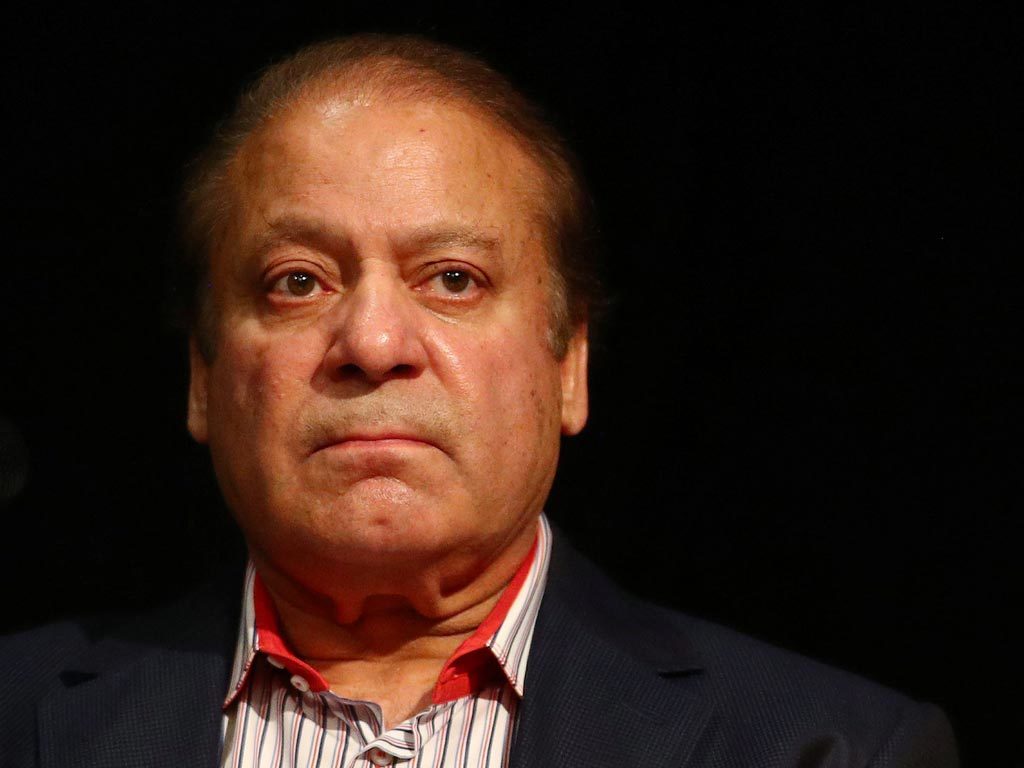 Both leaders have formulated the strategy for a power show and also directed the PML-N lawmakers and workers to reach Islamabad to join the power show.

However, media reports suggest PML-N won’t trouble the Imran Khan-led government if Nawaz goes free. In that case, the party supreme leader would address the party’s Foundation Day ceremony in Lahore on Dec 30. It will also mark Maryam’s return to politics, sources claimed.

The government is also prepared to let situation not go out of hand in case Nawaz is sent to jail.  Security around the Judicial Complex has been tightened ahead of the verdict, with Rangers standing guard outside the complex.

PML-N workers will take to streets if Nawaz is found guilty and might create hurdle for the government during his transfer to Adiala Jail.  In that case, according to sources, the ousted PM would be taken to jail by a helicopter if situation on the roads became unfeasible.

Besides, the Interior Ministry has evolved a special security plan to maintain law and order situation in the federal capital. It will deploy additional 1,400 policemen and block exit and entry points of the city.

It has also vowed to thwart any protest demonstration by PML-N workers at all costs, saying the law will take its course in full force against those found involved in creating any law and order situation.

However, supporters of the PML-N and police clashed outside the premises of the court upon Nawaz’s arrival.

After Nawaz was named in Panama Papers in 2016, the SC had formed a joint investigation team (JIT) to probe the former PM. On the basis of the JIT report, Nawaz was disqualified from being a member of parliament in July 2017.

The top court had also directed the National Accountability Bureau (NAB) to file references against the Sharif family and decided the case within six months.

One of the three references, Avenfield, implicated Nawaz, daughter Maryam and son-in-law Muhammad Safdar, while the other two references, Flagship and Al-Azizia, concerned Nawaz and his sons Hasan and Husain Nawaz.

The two brothers residing in London have been absconding since the proceedings began last year and were declared proclaimed offenders by the court.

On July 6, after four extensions in the original six-month deadline to conclude all three cases, the court had announced its verdict in the Avenfield reference.

Nawaz, Maryam and Safdar were sentenced to 10, seven and one year of imprisonment, respectively, in absentia by Accountability Judge Muhammad Bashir. They, however, were released on bail by the Islamabad High Court after a few months.

Following the conviction, Nawaz, through his counsel filed a petition in the IHC that sought transfer of cases to another court, pleading “since the evidence and the arguments in all three references were similar, the outcome may be the same if the same judge heard the case”.

Subsequently, Judge Bashir recused and the cases were transferred to the court of AC Judge Muhammad Arshad. Unlike Avenfield reference, the court had also announced to give a joint verdict in remaining two corruption references against former prime minister Nawaz Sharif and his family.