Road to Carnage: Encounter lasted for 15 minutes, then started the bloodbath in Pulwama village 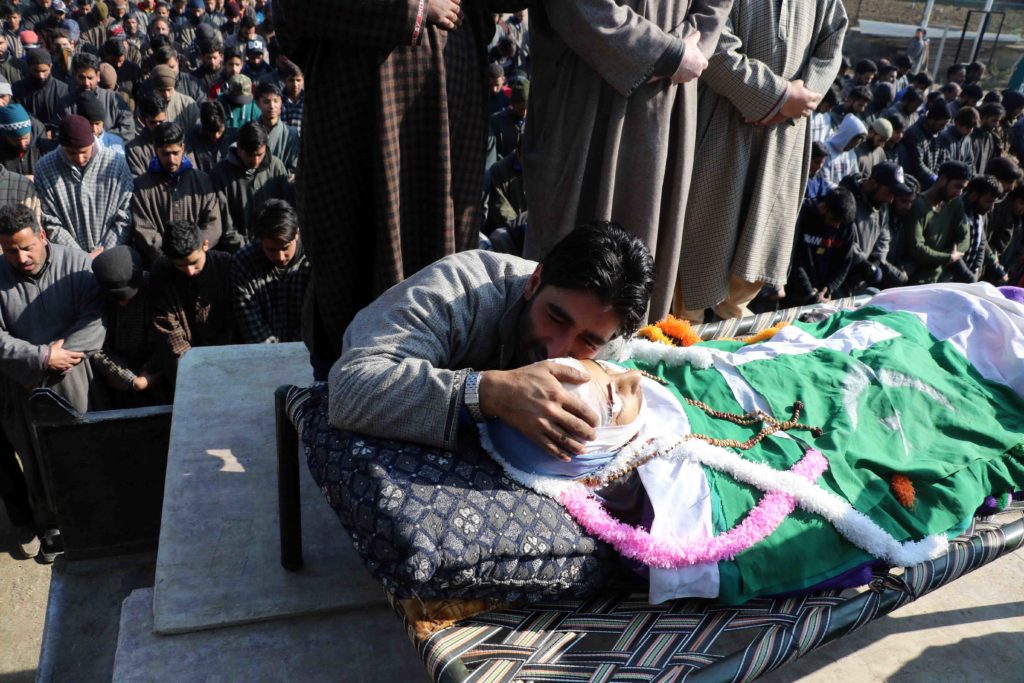 Road to carnage: Seven civilians were killed in Pulwama after government forces opened fire on people

One after the another teenagers and men fell like helpless birds shot by a hunter in a flight.

The first to fell was a 14 year old student, Aquib Bashir, witnesses said.

He was followed by six more including Suhail Ahmad of Bellow,  Liyaqat of Parigam, Abid Ahmad of Kareemabad, Amir Ahmad of Ashmandar, Touseef Ahmad Mir of Urchersoo, and Shahbaz Najar of Monghama Pulwama.

The last one to die was Shahbaz Najar. He was killed just opposite to the lane of his house. The bullets fired by army and police went whizzing in all directions, witnesses said. 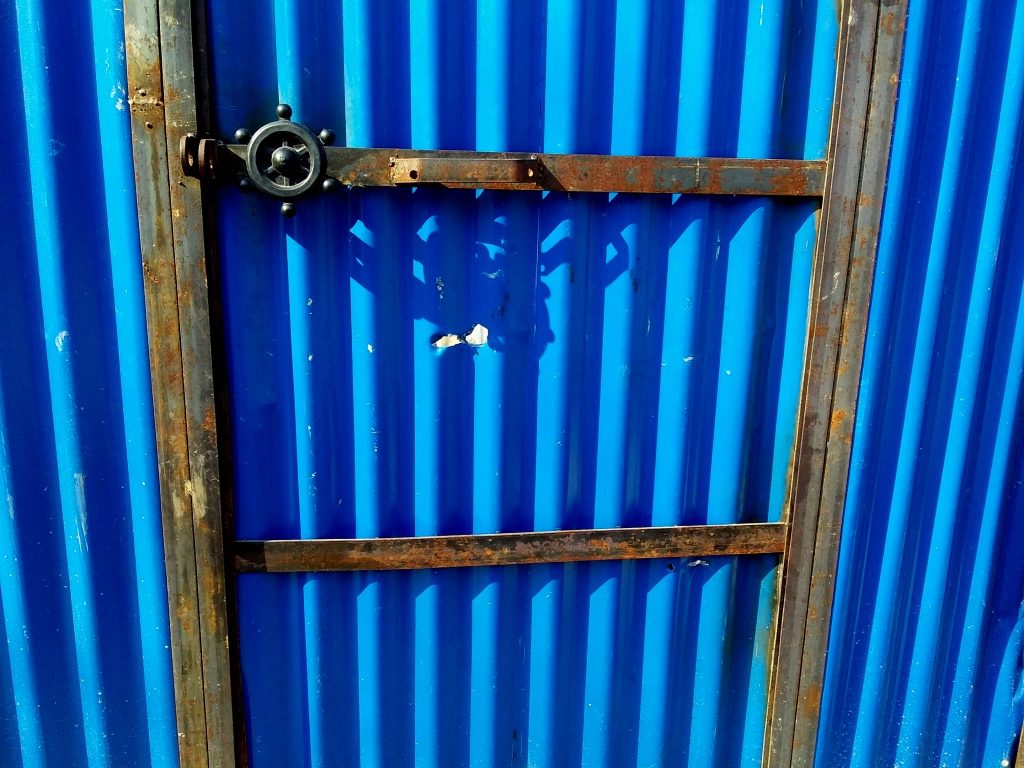 Bullets left a large hole in this gate located on the roadside at Kharpura.      Pic/ Wasim Khalid

On Friday night at 9:PM, the army and police came on foot, walking through apple orchards, from the nearby camp located at the Pulwama stadium.

The locals said it was a multi-layered cordon laid to knock down the most prized militant- Zahoor Ahmad Thoker- an army man turned commander of Hizbul Mujahideen.

Till the crack of dawn, the cordon continued.

When the light began to appear, Firdous Ahmad Najar, a school teacher, his brother and two more persons of the Kharpura village, allegedly got a knock at their door.

“They whisked away me and my brother. Before  leaving they told us to switch off our mobile phones. We left it back at our home,” Najar said.

“On the way, the army beat both of us. And they also hurled invective on us for no reason”. 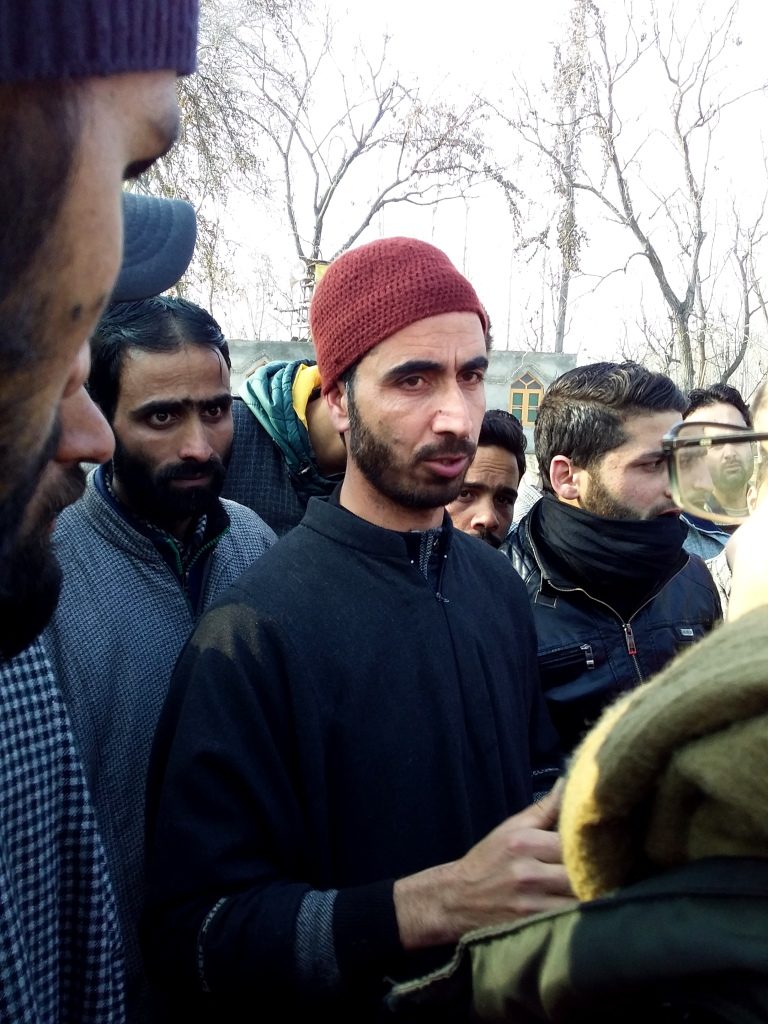 Close shave with death: Firdous Ahmad Najar, who said he was taken as a human shield by forces.    Pic/ Wasim Khalid

Najar said a contingent of army and police took them to the lone rickety structure which happened to be the poultry farm. It was located in the middle of dense apple orchards.

“The army scanned the building, but they detected nothing,” he said.

“It felt that though they had concrete information that militants were hiding around the same location. They refused to give-up and started scrutinizing the nearby area surrounding the abandoned farm”. 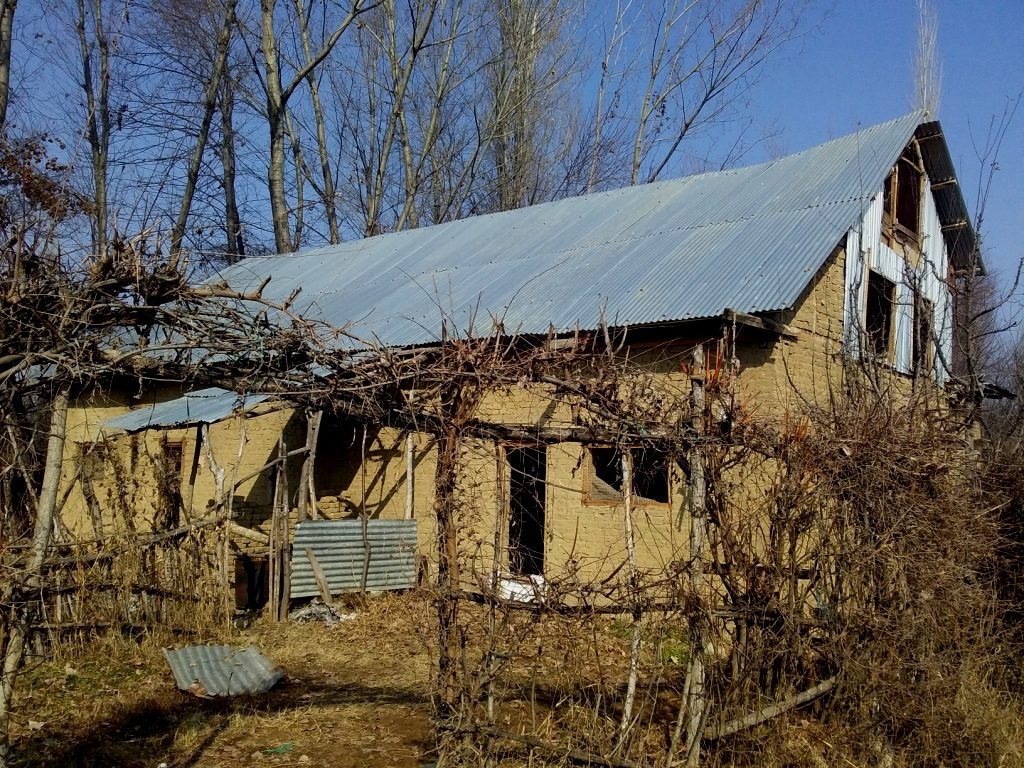 Afterwards, Najar said that the contingent took them along the high rise banks, covered with trees, of a rivulet bisecting the apple orchards.

“We saw piles of pruned branches and shrubs. When I walked through the woods, we were asked to shove aside the boughs aside. When we did, the army men saw two gum boots under them. They were behinds us. They got alerted and opened fire from a distance of 20 Feets or so,” he said.

“Few shots were fired from deep inside the earth. It was a den where the militants were hiding. The army ran away from the spot and took position on the higher elevations”.

“We also fled. We got so much scared that we leaned on the ground along with them. All along this period, the militants did not fire a single shot. They just waited. The army did not went near to that den”.

At around 8: A.M Saturday, the militants came out of the den and ran in different directions in an attempt to break the cordon.

Two militants were killed just close to the den. The third one, Zahoor Thoker, was killed near the Chinar (Kashmiri version of Maple) tree.

“The encounter ended within 15 minutes,” he said.

“They (army) were regularly exchanging messages on the wireless that their three men sustained injuries”.

The encounter resulted in killing of three militants and an army trooper.

“After the encounter was over, we left the spot. We bowed before Allah that we were left unharmed”

According to the eye witnesses, the carnage unfolded when the government forces, comprising of police and army personnel, concluded the operation within 15 minutes.

“They were trying hard to take their Casper vehicle inside the  orchard,” witnesses said.

“They could not do it. The lifted the bodies of three militants and dumped them into their truck”.

Just before they were doing so, scores of boys from the nearby villages tried to reach the site of encounter. They were raising slogans in favor of freedom and the militants.

“There was no stone pelting as such going on there due to unavailability of stones,” witnesses said. 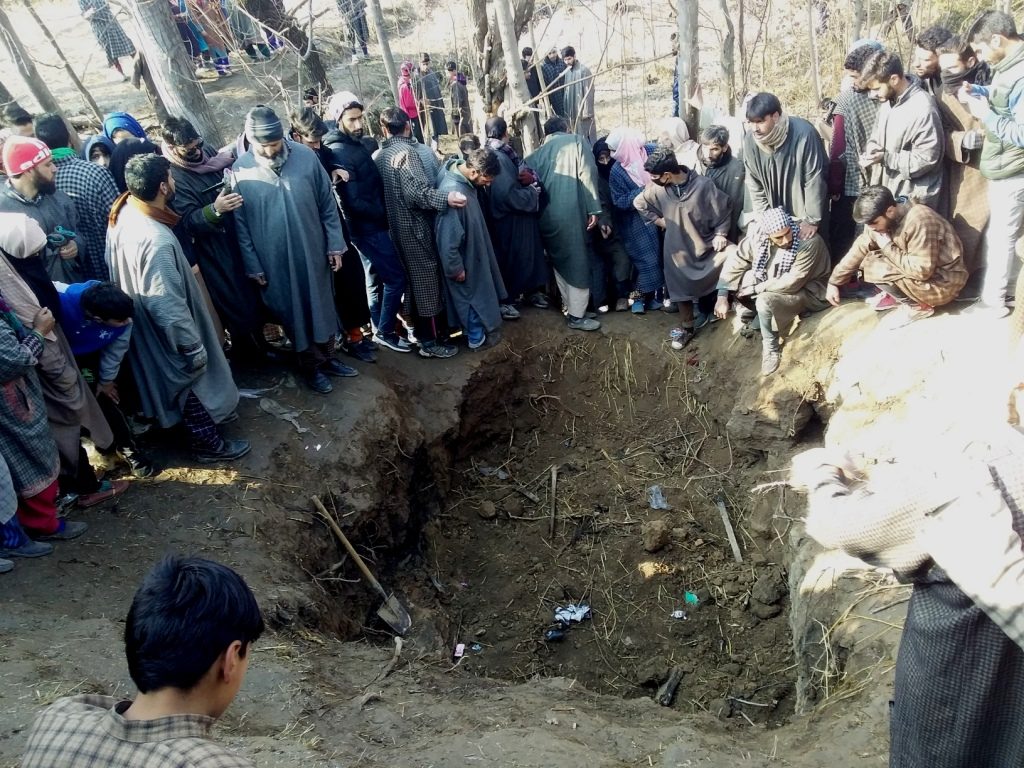 The den where the militants were hiding. It was dug on the banks of rivulet flowing through the apple orchards.      Pic/Wasim Khalid

“The encounter happened in the middle of the orchard. The road hems the furrowed  fields on one side and the orchards on the other side. There was nothing like a stone available there which could have been hurled on the army and police”.

As the protests were going on, the army and the police opened direct fire on the protesters leaving four dead on the spot.

“14 year old Aquib was the first to fall,” witnesses said.

“The army and the police left the spot in the convoy starting firing indiscriminately on both sides of the road. Four people died on the spot and were declared brought dead on arrival at the hospital. Three more succumbed in hospital”.

The witnesses said the last to fall was Shahbaz Najar, who died in a lane, just opposite to his house when he was distributing water. The incident happened approximately 300 meters away from the encounter side.

Three more people are still in critical condition while the firing and pellets left 90 injured in post-encounter clashes.

In a statement, the police said the militants fired indiscriminately from their hideout located in the open fields, which led to an encounter.

During the encounter, the police said people came “dangerously close” to the encounter site during which several of them were injured. They said that injured were removed to hospital where seven of them died.

“Loss of civilians is deeply grieved,” the police added.

The police also said they have filed a case to investigate the incident.

‘They killed all civilians’

A day after the encounter, which left seven civilians and three militants dead at Kharpura village, people including men, women and teenagers came in processions to visit the encounter place.

Like a religious ritual, everyone paid a visit to the den which, by now, had caved in. Some young boys were using shovels to dig the earth out of the burrow, apparently, in an attempt to scavenge the left overs of militants. Except the dried-up straw grass, nothing came out.

On a small distance, across the apple orchards, a group of teenage boys, were discussing about the encounter.

“Yemou haez maer sarie civilian (They killed all of the civilians here),” a boy, barely 14, told The Kashmir Press.

“They snatched everything from us”.

They said the first boy, Aquib Ahmad of Prichoo Pulwama, who was shot dead, was their class mate.

“He was studying with us. He was our friend,” other boys joined in.

“We have just to come and see where he was killed. May be this will relieve us from the pain of loosing him. We will never forget this place”. 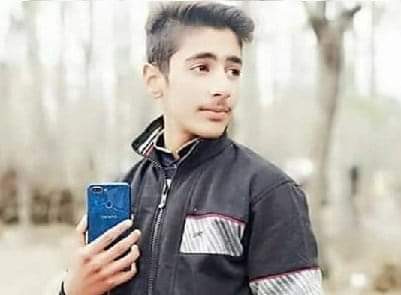 Youngest among the seven civilians, Aqib Ahmad of Prichoo Pulwama

Other people, present on the spot, narrated that Aquibs father waded through a sea of people to see why people had gathered around a body.

“When he saw the body, he was left shocked,” they said .

Just leaving the scene of gun battle, the mourners dropped at the house of Shahbaz Najar.

The 18 year old was the last person to be killed on Saturday.

In the courtyard of his house, the women were wailing while the men, with sullen faces were sitting in winter sun.

“He was too young to be dead,” Najar’s uncle, Bashir Ahmad said. 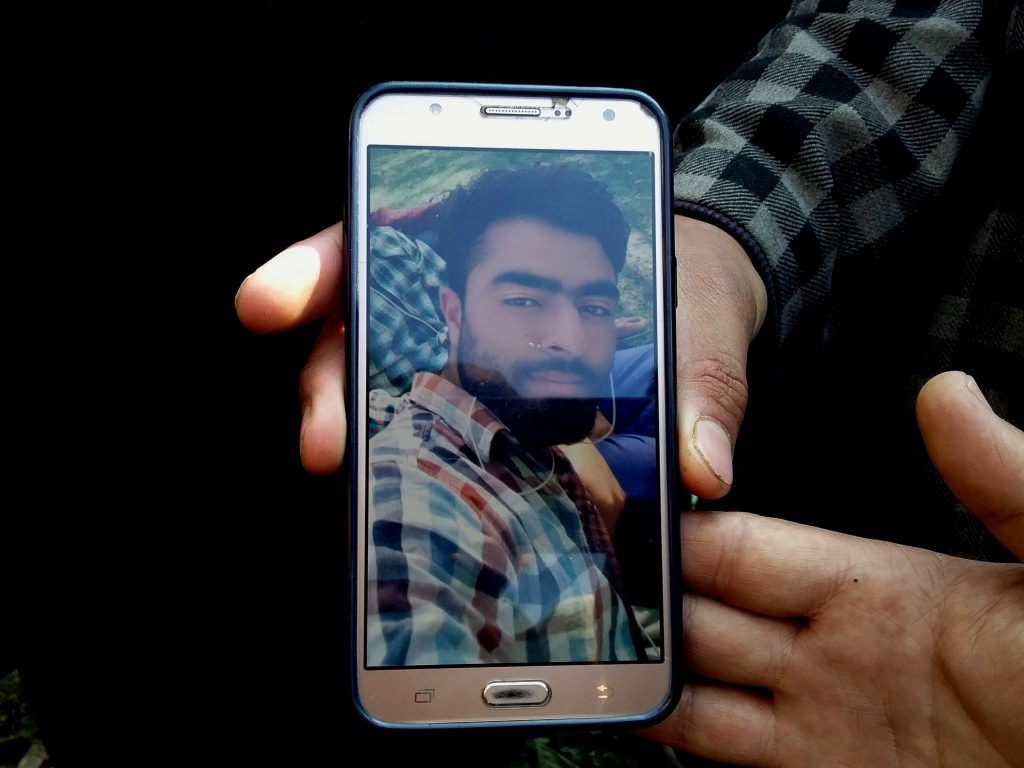 Ahmad said Najar was killed in a lane just opposite to their house.

“He was distributing the water among the people,” he said.

“When the army and police convoy rode through the village, they were spraying bullets in all directions. Najar was in a lane when the bullet hit him in his head”.

The family said Najar had cleared 12th class and had set-up a motor mechanic shop at Newa.

“He wanted to support his family since his father died years ago,” Ahmad said.

“And please do not have an iota of impression that forces had no idea what they were doing. They were aiming and killing,”.

Just ahead of the Kharpora road lies Sirnoo village- the home town of the Zahoor Ahmad Thoker, the Hizbul Mujahideen Commander.

Thoker, who was among the three slain militants, was a member of Indian army. He fled from the force in July 2018 and joined the Hizb.

According to the locals, he was the most sought out commander in the area by the army and police.

“He was soft spoken and religious man,” one of the villagers said.

“Thoker would help the militant trapped in the cordon flee by giving them cover fire. He was a trained man and knew the art of war”.

The villagers said that the army and police had laid multi-layered cordon so that there would have left no chances for him to flee from the spot.

“Finally they were able to pin him down in a den dug deep into the earth,” they said.

“Otherwise, the fight would have been much longer”. 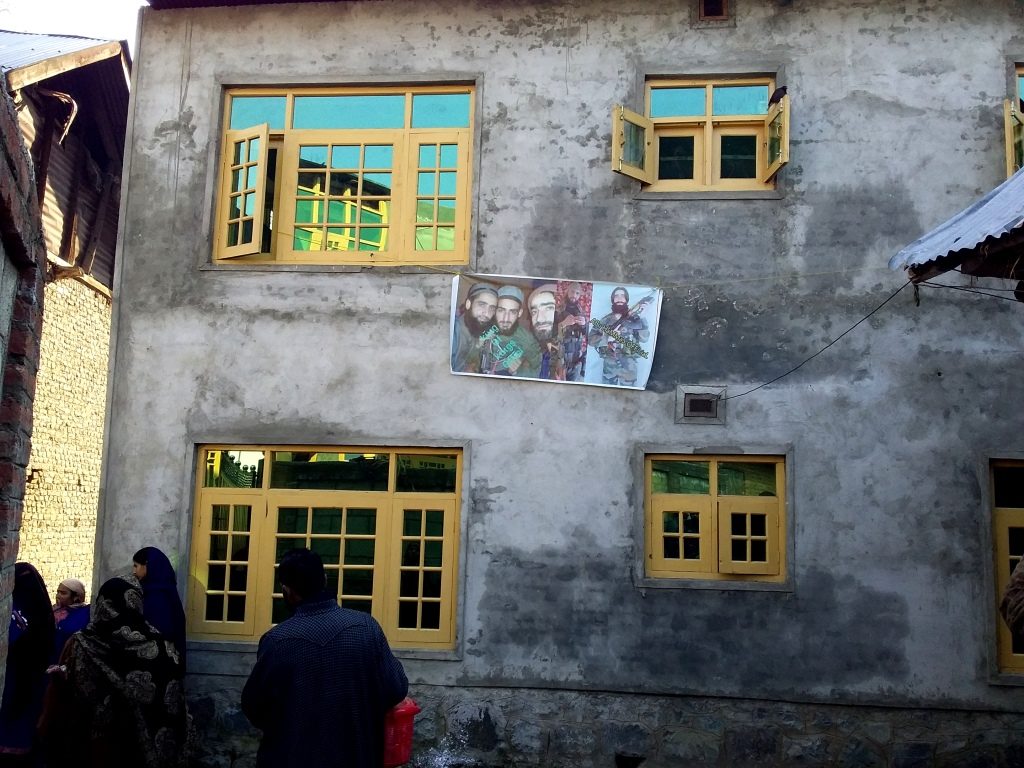 On Sunday, outside his home, the loudspeaker blared out the religious hymns. People were distributing water among the mourners.

Close to his house, a Shamyana was full of people where bearded man delivered a lecture on “martyrdom and its significance”.

A young man, wearing a red jersey, broke into tears. The other mourners would come and console with him.

An Indonesian woman, Saima, has been left widowed after her 32 year old husband, Abid Hussain Lone, was killed by the government forces at Kharpora locale of Sirnoo village.

He was one among the seven civilians killed by the forces at Kharpura Pulwama. 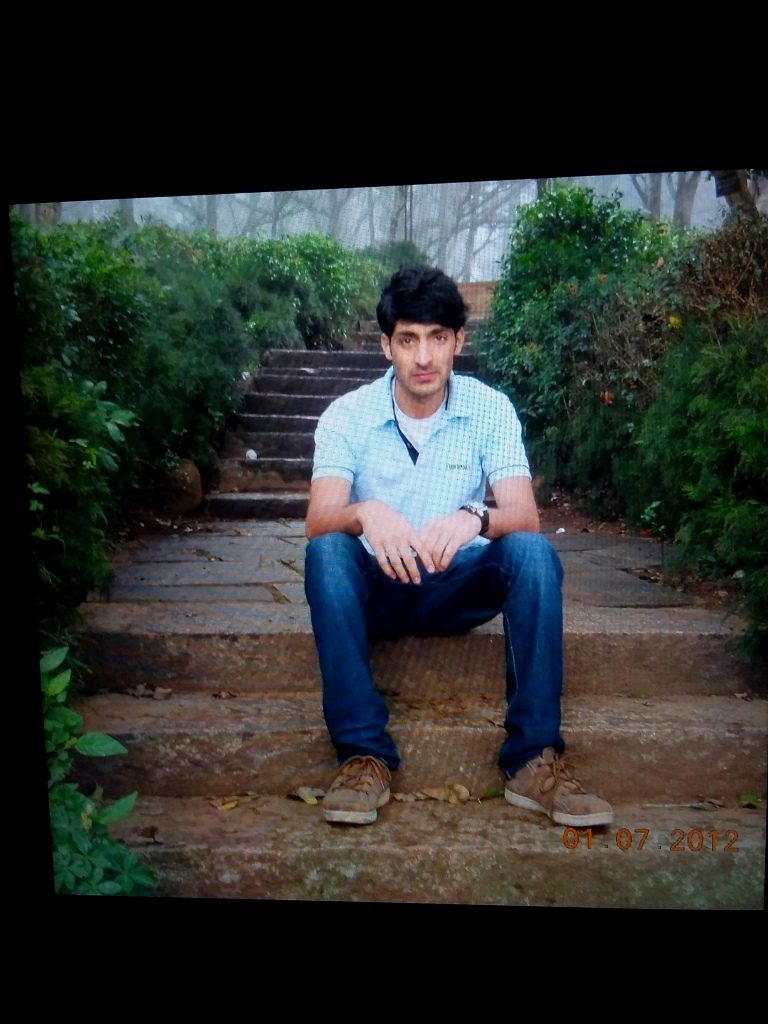 According to the relatives, Lone, a resident of Karimabad village, had done his MBA from Banglore and married Saima two years ago.

“On the day of his killing, he left the house for pruning apple trees,” relatives said.

Saima was inconsolable. She was being surrounded by women who too were weeping. 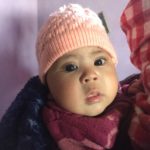 “I love him very much…I love him,” Saima said in broken voice. Then she could not speak except screaming and weeping.

The couple had a three month old daughter Adniya. She was being looked after by the Lone’s family.

“Two days ago Abid had gone to passport office,” the relatives said.

“He wanted to get a passport for his daughter. He was now planning to leave Kashmir along with his family and work in Indonesia”.

Instead, Abid now lies buried in a grave along with Adnan, one of the three militants killed that day. 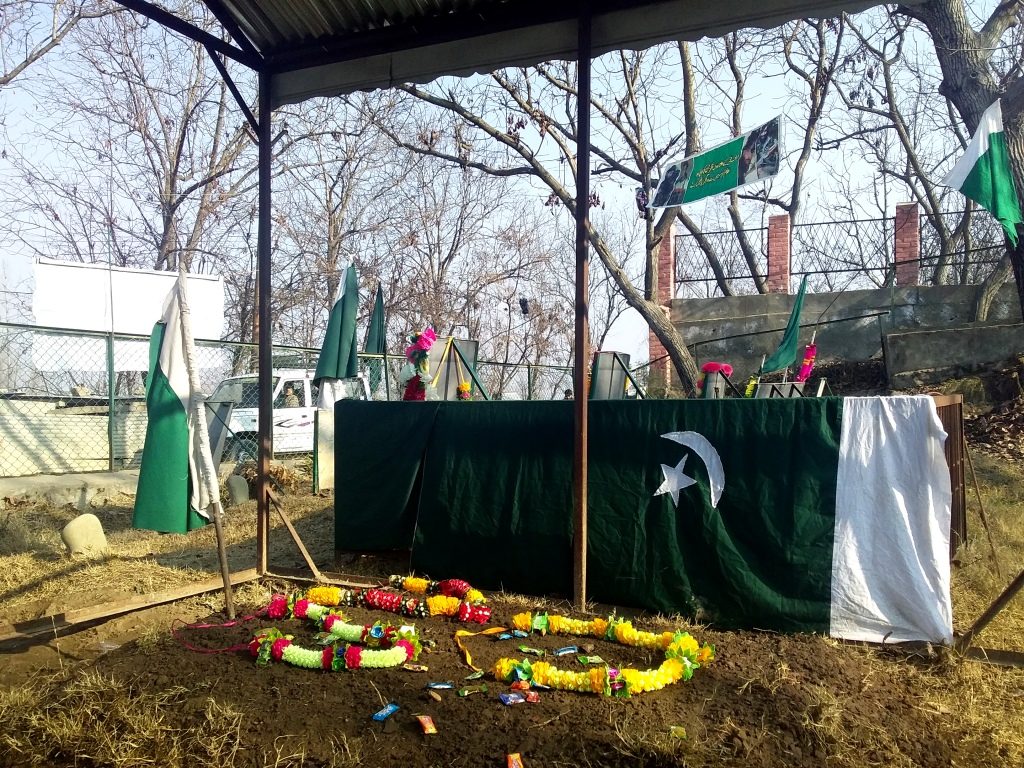 Abid Hussain & Adnan buried in the same grave where people come in large numbers to offer prayers for the dead.   Pic/ Wasim Khalid

The locals, who went to offer prayers for the deceased said, both the persons were buried in a single grave.

“Both of them were martyrs. May god be with them”.