With daughter widowed in Kashmir, people in Indonesia demand end to Kashmiri killings 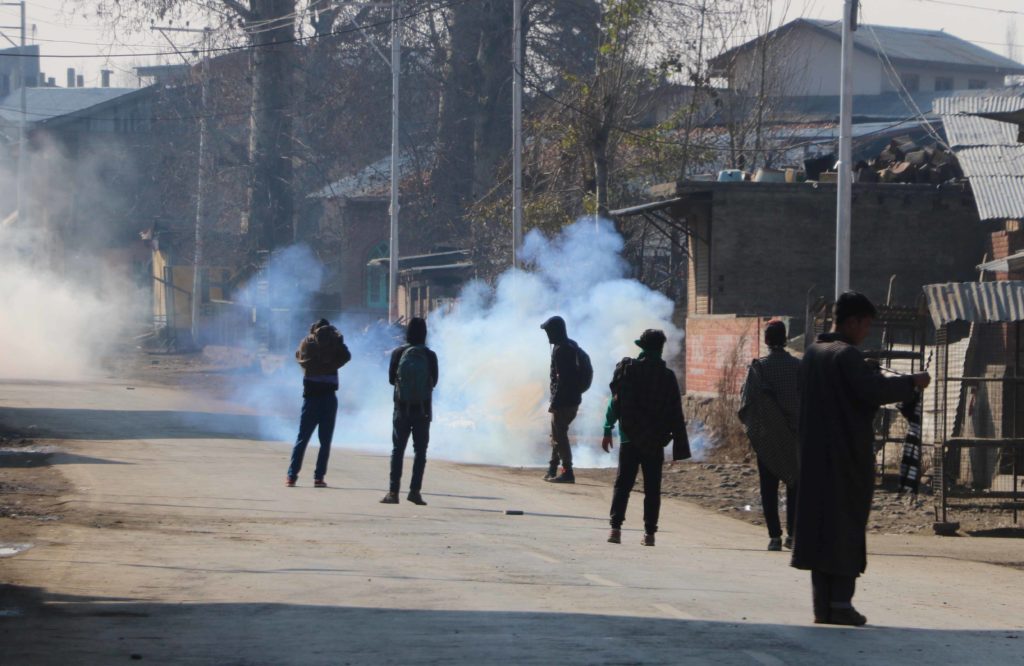 Srinagar: Relatives of a girl, who was widowed with her Kashmiri husband killed in government forces firing at Pulwama yesterday, staged protests in Jakarta on Sunday.

Family sources told  that the protesters were holding placards, demanding an end to the killings of Kashmiris and also expressed solidarity with the widow Indonesian girl (Saima).

The girl’s husband Abid Hussain Lone, an MBA pass out from a university in Indonesia was killed in forces action when he was outside his home.

Family sources said that the Indonesian girl’s mother was among the protesters at Jarkata and she also called her daughter in Kashmir expressed condolences over Abid’s killing.

The protesters said that there should be an immediate end to the killings of innocent Kashmiris as same was against humanity.

Besides Abid, six youth were killed during clashes when government forces resorted pellets, live ammunition and tear smoke shells following the killing of three militants and a soldier in a gunfight at Monghama, Sirnoo in the southern district. (gns)