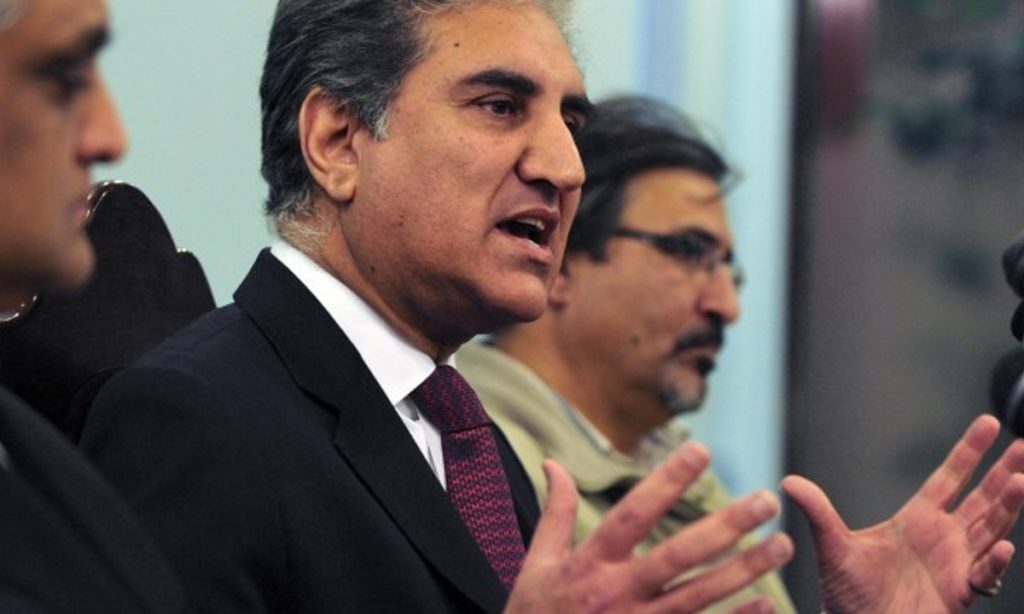 Srinagar: Foreign Minister Shah Mahmood Qureshi on Sunday called on global human rights organisations to take notice of the atrocities by Indian forces in occupied Kashmir, saying he was hopeful that the groups would raise their voice against state terrorism.

While speaking at a press conference alongside Dr Mohammad Faisal, the spokesperson for the Ministry of Foreign Affairs, Qureshi recalled the victims of attacks by Indian occupation forces — including those who have lost their lives and those who have suffered injuries because of pellet guns.

A day earlier, at least seven civilians were killed and over three dozen injured when Indian forces fired at protesters in occupied Kashmir. Residents had accused troops of directly spraying gunfire into the crowds.

Addressing the United Nations and Organization of Islamic Conference (OIC), Qureshi said on Sunday: “I am not talking about the [Kashmir] issue; I am talking about humanity.”

According to Qureshi, the use of force by India intensified after the death of Burhan Wani in 2016.

In 2018, Qureshi said it had reached a “strange limit” and so far, close to 500 casualties had been registered with a few days still remaining in the year.

Qureshi told the media that prior to his press conference, he had written letters to the UN secretary general, the UN High Commissioner for Human Rights — who had also released a report on abuses in Kashmir in June 2018, and to the Organisation of Islamic Conference (OIC) secretary general.

In light of Saturday’s escalation in occupied Kashmir, the foreign minister said he has asked the officials to intervene with haste “so that people could get relief from this brutality”.

He added that he has directed Pakistan’s missions abroad to highlight this issue in their countries and to apprise their interlocutors of the situation and demand that they play a role in ending this brutality.

Qureshi said that he has also spoken to the OIC secretary general on the phone and requested him to call a ministerial meeting of the OIC conflict group.

“Pakistan is ready to host [the meeting] and make arrangements in Islamabad. If there are any difficulties in coming to Pakistan, it could also be held in Jeddah.”

According to the minister, an international conference on Kashmir will be held on February 5 next year in London to highlight Indian atrocities.

The PTI leader said that all political parties were unanimous over the Kashmir issue, stressing the need to pass a joint resolution in the National Assembly to condemn India’s use of force. (DAWN.COM)