Pakistan will have to become secular to stay together with India: Army Chief to reacts to Imran Khan 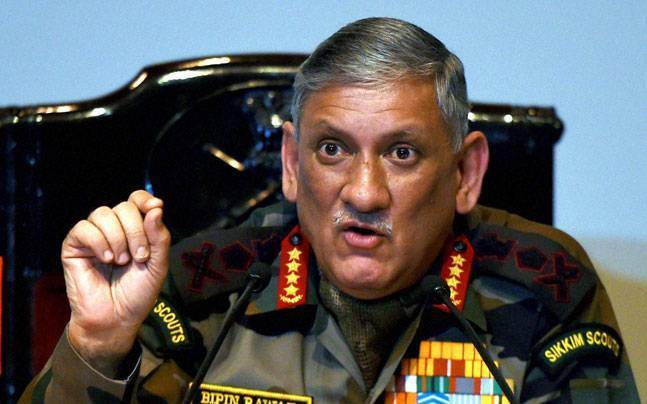 Srinagar: Reacting to the statement of Pakistan Prime Minister Imran Khan that if France and Germany can stay together why not India and Pakistan, Army Chief General Bipin Rawat said that for Pakistan to stay together with India, it will first have to become a secular state.

General Rawat made the statement while interacting with the media on the sidelines of the Passing Out Parade of 135th course of National Defence Academy in Pune, which he reviewed on Friday morning.

Gen Rawat according to The Indian Express report said: “For this idea of countries coming together, Pakistan will have to look at their own internal situation. Pakistan has made itself into an Islamic State. If they have to stay together with India, they will have to become a secular state. We are a secular state. How can we stay together, when they say they are an Islamic State and there is no role for anyone else.”

“We want to move forward in our relations with India. If France and Germany who fought several wars can live in peace, why can’t India and Pakistan,” Khan had said Wednesday while laying the foundation stone for the Kartarpur corridor.

“I am saying today, that our political leaders, our army, and all other institutions are all on one page. We wish to move forward, we want a civilised relationship,” Khan said. “I assure you that we can solve this problem. But determination and big dreams are necessary. Imagine, once trade begins, once our relationship is fixed, how much both nations could benefit.”