Srinagar: Pakistan administered Kashmir President Sardar Masood Khan Wednesday said that people of Pakistan believed that there was no military solution to the Kashmir issue and it could only be resolved through diplomacy and politics.

He said this in response to a question during an event held at the Oxford Bookshop in Clifton Karachi, Dawn reported.

Khan said people needed to know that since 1947, Indian forces had killed 500,000 Kashmiris; and since last Friday alone they had taken 24 lives.

“It was Pandit Nehru, Viceroy Mountbatten and Maharaja of Kashmir, together, who hatched a conspiracy against the people of Jammu and Kashmir, 85 per cent of whom were Muslims, and all of whom wanted to be with Pakistan. They had relatives in Pakistan, and people from there used to come to Pakistan. But all the three men conspired to cut that line [of relations] off, the effects of which we were facing even now.” 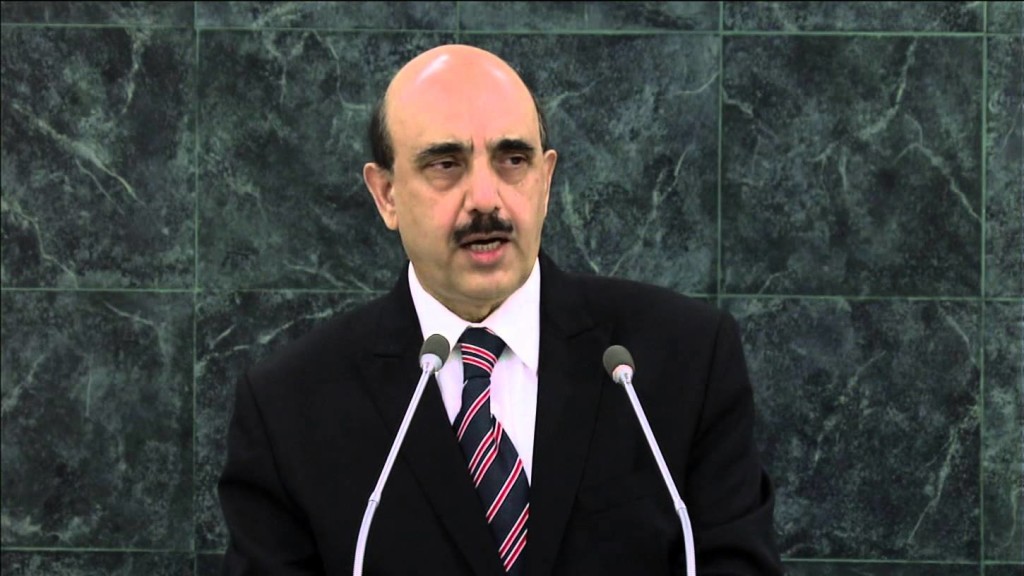 Still, despite having 700,000 troops in Kashmir, India had not been able to control the region. India’s strategy to subdue Kashmiris had failed. “The hearts of Kashmiris beat [in harmony] with those of Pakistanis.”

Khan said Sheikh Abdullah acted as facilitator for India and if he hadn’t sided with India, so much bloodletting wouldn’t have happened. “The phrase, atoot ang, that Jammu & Kashmir was inseparable from India was included in the Indian constitution because of Sheikh Abdullah.”

On the question of how successive Pakistani government had dealt with the Kashmir struggle, Khan said three things needed to be remembered. “First, the blood that was spilled in Kashmir in 1947 was still spilling. Two, Pakistan’s stance on the matter had always been the same. Third, if there hadn’t been Azad Kashmir, then the issue wouldn’t have existed, because Junagadh and Hyderabad’s issues didn’t exist anymore.”

Replying to a query about militancy that got involved in the Kashmir struggle post-Afghan war affecting the fight for freedom in Kashmir, Khan said Pakistan fought three wars with India over Kashmir –– in 1948, 1965 and 1999 (Kargil).

“In the 1990s India committed terrible atrocities against Kashmiris because of which young Kashmiris came to Pakistan. They had vowed to take revenge on the Indians for the atrocities. It was not a conventional war, it was an asymmetrical war.”

Further expanding on the point, Khan according to Dawn made it clear Kashmiris and Pakistanis didn’t think that the Kashmir dispute could be resolved through military means. “It could only be resolved through diplomatic and political means. It’s India that thought power and state terrorism could subjugate the people of Kashmir. We had said to India that it could have bilateral or trilateral talks with us. Or it could have a mediator that it wanted.”

He said after 9/11, many countries dubbed their enemies ‘terrorists’. India also used the same terrorist tag for Kashmiri freedom fighters.

Pointing out this thin line, Khan said this was the reason that to date a particular convention against terrorism was yet to be passed by the United Nations because there was a difference of opinion on it. “India told a false story to the world. The fact was that today Kashmiris were the most unarmed people in the world. India was afraid of the people who gathered in Srinagar and chanted Hum kia chahtey hain, azadi. According to a senior Indian security official, the number of militants that existed in Kashmir was not more than 250. So, 250 were fighting against an army of 700,000,” Khan said.

Khan said there were three things common between Palestine and Kashmir: one, both were Muslim regions; two, both were fighting for the right of self-determination; three, the countries that had occupied them –– India and Israel –– had close ties with the US. The difference was that the issue of Palestine had got a lot of publicity in the world. Then the EU was in Palestine’s favour. Whereas Kashmir was called [by them] a “frozen dispute”. [The truth was] blood was being spilled on a daily basis in Kashmir.