Srinagar: Police on Wednesday issued the following statement into the killing of Lashkar commander Naveed Jatt.

“A cordon & search operation was launched in the predawn hours today based on a credible input about the presence of militants in Kuthpora Chattergam area of District Budgam jointly by Police and security forces.

As the searches were going on, the search party was fired upon by the hiding militants. The fire was retaliated leading to a gunfight.
In the ensuing encounter, two militants were neutralized and the bodies were retrieved from the site of encounter. Among the two militants killed, one has been identified as Naveed Jatt alias Hanzalla who was known as commander of proscribed militant outfit LeT.

He was wanted by law for his complicity in a series of militant crimes including killing of noted journalist Shujaat Bukhari, attacks on security establishments and many other civilian atrocities. 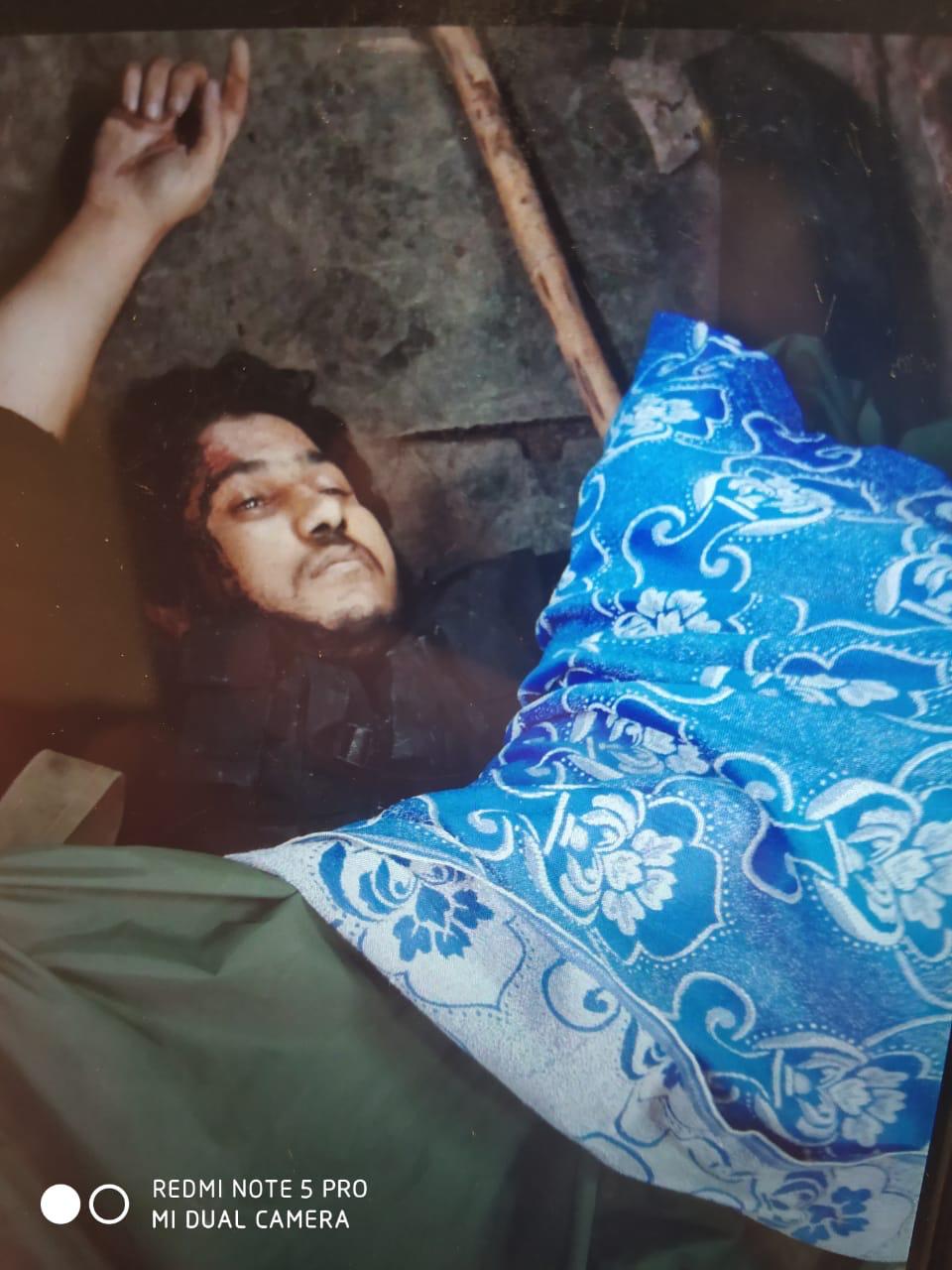 As per his earlier disclosure, Naveed Jatt alias Hanzalla was born in Multan Pakistan. He was part of militant Ajmal Kasab group at a Madrassa in Pakistan where he had undergone arms training. As per police records, in October 2012, Naveed Jatt along with his associates had crossed over into the valley of Kashmir. He had a long history of militant crime records since 2012. He was involved in killing of an ASI in Pulwama on May 2013, series of grenade attacks on security forces and was involved in killing of CRPF personnel at Awneera Shopian in August 2013. Besides, he was also involved in conspiring and executing several bank robberies and militant attacks in South Kashmir including attack on Court Complex Pulwama on March 2014 in which two policemen were martyred, attack on polling party in Shopian on April 2014 in which several civilians sustained injuries and one presiding officer namely Zai-ul-Haq Wani was killed, attack on police party at Bongam Shopian on June 2014 in which several civilians and policemen were injured.

He was apprehended by police in June 2014, however, he managed to escape from the custody in the month of February 2018 while he was being taken to SMHS hospital Srinagar for medical treatment from Central Jail Srinagar. In a shootout that took place at the hospital two policemen were martyred. He also figured as a suspect in case FIR No. 51/2018 in P/S Kothi Bagh pertaining to the assassination of Shujaat Bukhari and his security personnel. In the aforementioned case, which is under investigation a hue & cry notice was issued against Naveed Jatt and three others on the basis of material evidence collected.

Incriminating materials including arms and ammunition were recovered from the site of encounter. All these materials have been taken for case records and probe their complicity in other militant cases. Police has registered a case and initiated investigation in the matter.

Since Naveed Jatt is a Pakistani national, following the procedure competent authorities shall be approached in Govt of India for taking up the matter with Pakistan for handing over his body to them.

Citizens are requested not to venture inside the encounter zone since such an area can prove dangerous due to stray explosive materials.

People are requested to cooperate with police till the area is completely sanitized and cleared of all the explosives materials if any.