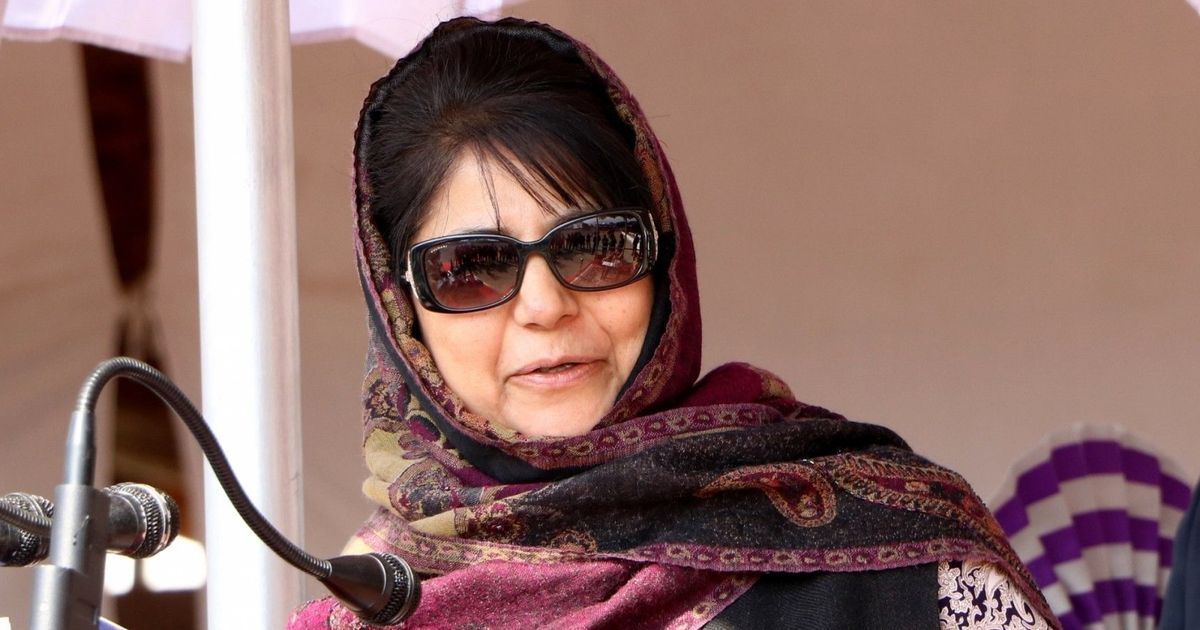 Srinagar: Former Jammu and Kashmir chief minister Mehbooba Mufti has said that by hurriedly dissolving the J&K Assembly with two years of its term left and hours after three parties had stated their plan to come together, the Centre has “stolen our mandate.

In an interview to The Indian Express, Mehbooba said: “We have 56 legislators together and the majority mark is 44. How can they dissolve the Assembly suddenly when we stake claim? They had kept it in suspended animation all this while. This shows that the intent wasn’t honourable from the beginning. Unfortunately, this is how things work now.”

Accusing the BJP of “spending money to buy loyalties” and using “coercion and intimidation” to break parties, Mufti said that the “new combination” was being worked on because the “very existence” of J&K is under threat.

“The way the BJP is handling the situation here is a recipe for disaster. They don’t care about the larger implications of their moves and are only concerned about their short term political advantage,” she said. “It is the responsibility of each of the mainstream parties here to respond to this blatant coercion, misuse of law-enforcement agencies and unconstitutional and unethical moves to destroy J&K’s place in the Union. We won’t allow that. This is why we think there is an urgent need to come up with a democratic and constitutionally viable alternative,” Mufti said.

She alleged that since the collapse of her coalition with the BJP in June this year, the BJP “used every possible means to coerce and intimidate our legislators so that they leave the party.” “A senior BJP leader would travel to Srinagar every fortnight and summon our MLAs and MLCs. Why? They told our Wachi MLA Aijaz Ahmad Mir that he has only two options: either leave PDP, join them and be part of the government or go to jail for two years. This happened soon after one of his police guards stole rifles and joined militants. What was his fault? He was cooperating with the J&K Police investigation. Exactly the same happened to Yasir Reshi, our MLC. They used the NIA to intimidate him and his family”.

Mufti said she had raised these issues in a recent chat with BJP president Amit Shah. “I told him categorically as to why is the BJP bent on breaking mainstream political parties in J&K,’’ she said. “They (BJP leadership) are aware of what was being done here. They were propping up proxies everywhere. They were spending money to buy loyalties,” she said.