Srinagar: Ansar Gazwatul Hind commander Zakir Musa was spotted in Amritsar along with a few other men after which Dinanagar police station released posters of the militant, said SSP Gurdaspur. The latest development comes after intelligence agencies informed about the presence of Jaish-e-Mohammed (JeM) militants in the state, Times Now reported.

An intel report released early November warned of a militant strike in the Kashmir Valley by Al-Qaeda commander Zakir Musa in collaboration with some Hizbul Mujahideen militants, who were spotted hiding in Jammu & Kashmir’s Pulwama, the report said. 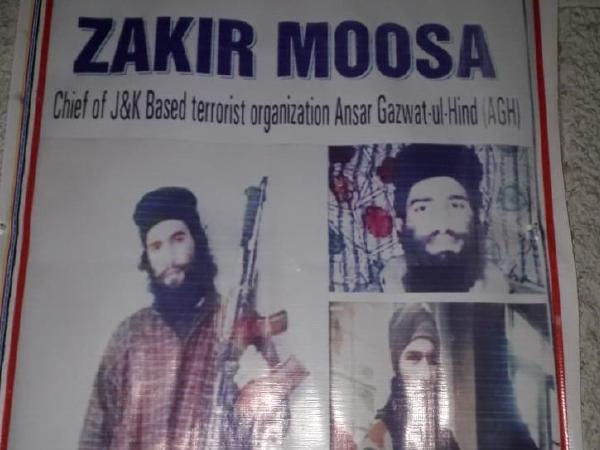 According to the intel report, the duo met with each other in Pulwama area of Jammu and Kashmir on October 26, and are planning a subsequent attack in the Valley.

In a separate incident, Punjab police’s counterintelligence wing on Thursday sounded a high alert after discovering about the about the presence of at least half-a-dozen militants belonging to Pakistan-based group Jaish-e-Mohammed (JeM) in the state and said they could be moving towards the national capital. The reports suggest that the militants entered India from the international border in Ferozepur area.

A letter issued by the Counter Intelligence Inspector General said: “At least six to seven militants are reportedly in Punjab (possibly Ferozepur area) and planning to move towards Delhi from Punjab side.” The note advised the authorities to step up security, especially along the border and checking across the state.