The Sikhs from various district of Kashmir valley assembled here in Pratap Park under the banner of Kashmir Sikh community. 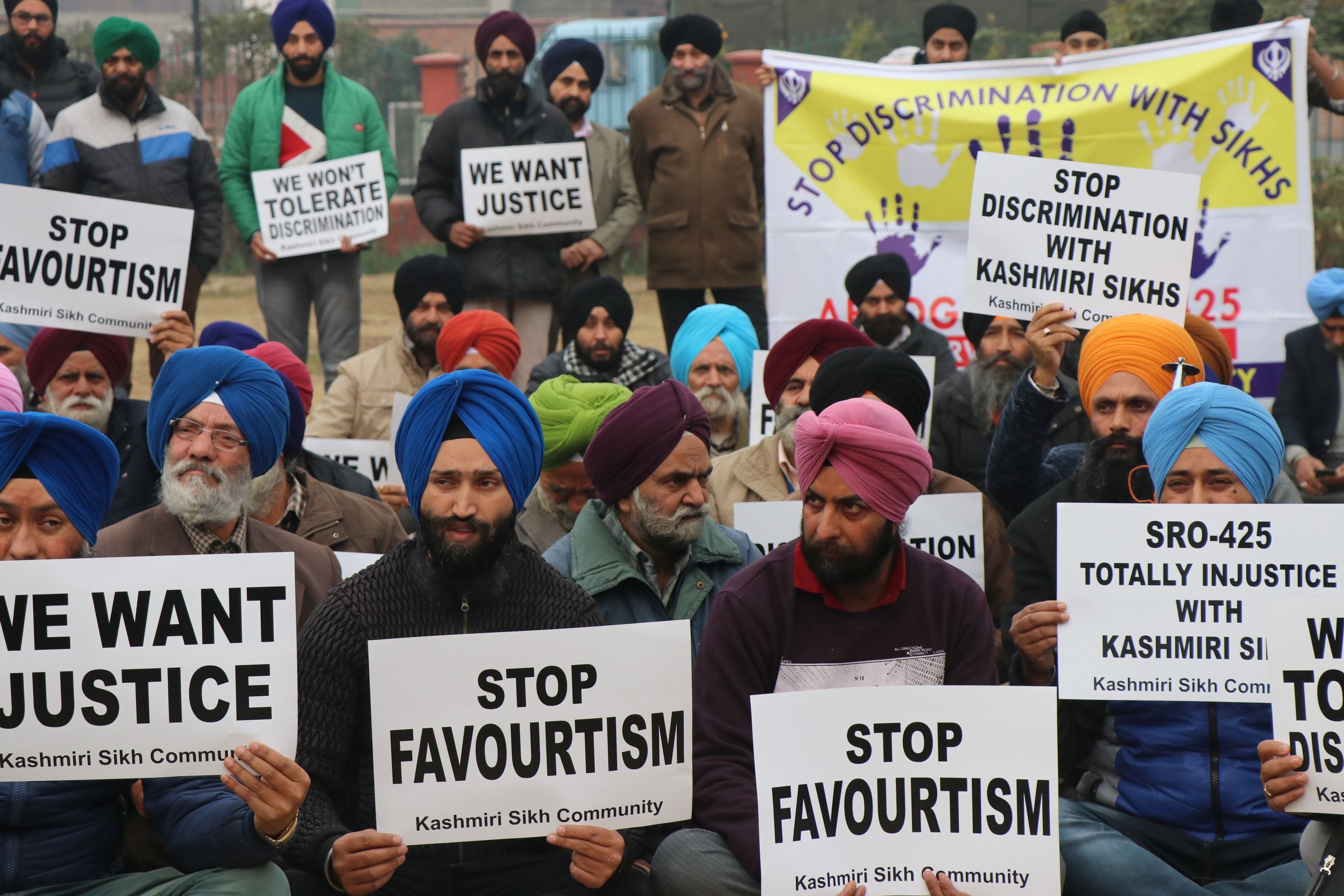 One of the protesters said that in 2009 under  prime minister’s package approximately 3000 posts were  created for migrants. “Out of 3000 posts, 500 posts were kept reserved for Kashmiri minorities who had not migrated from the valley. But Jammu and Kashmir government has amended that cabinet order and replaced that order instead of minorties to non-migrant Kashmiri Pandith families.” 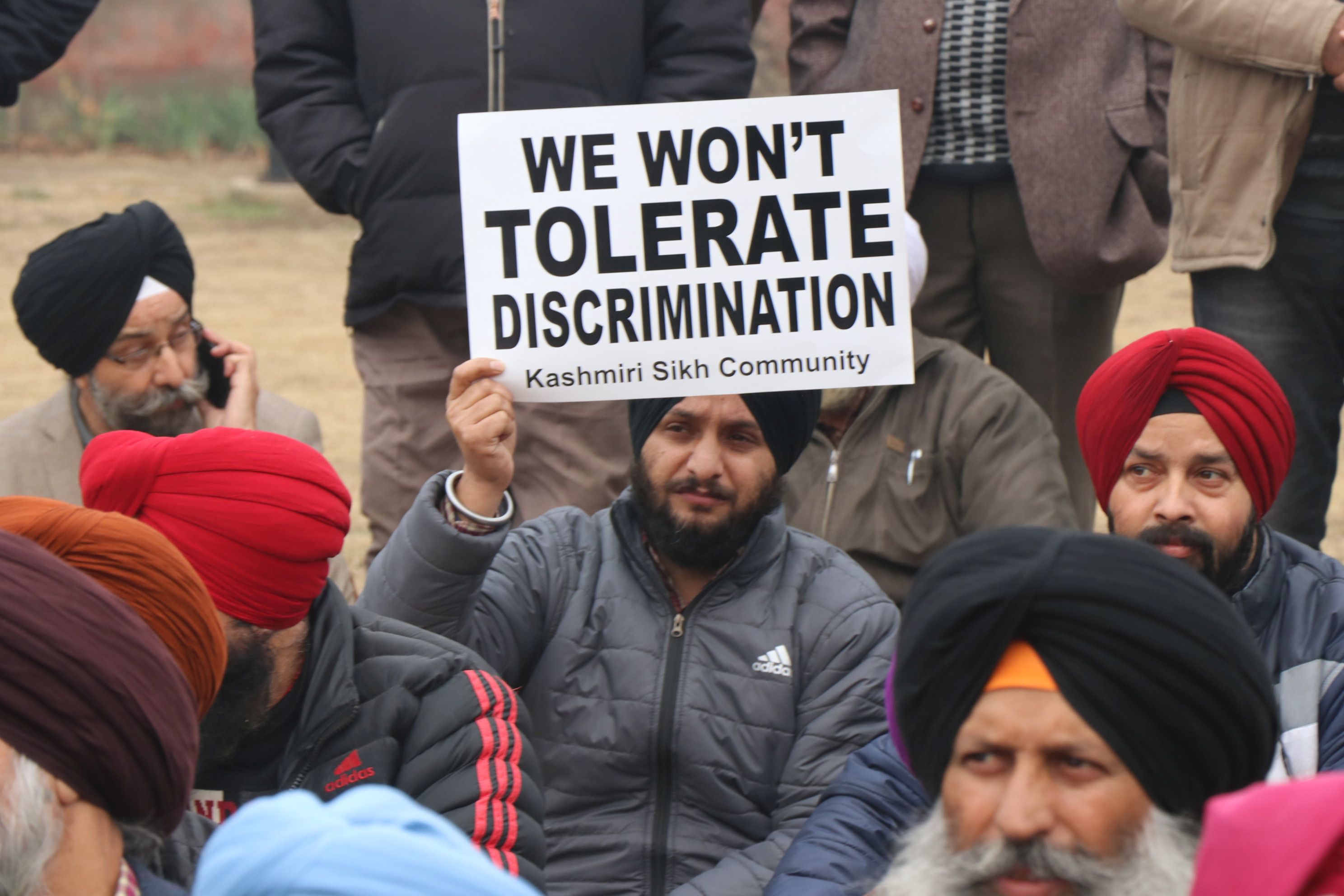 He said the SRO 425 should be revoked immediately.

The protesters said that if their genuine demands are not fulfilled they will continue their protest.