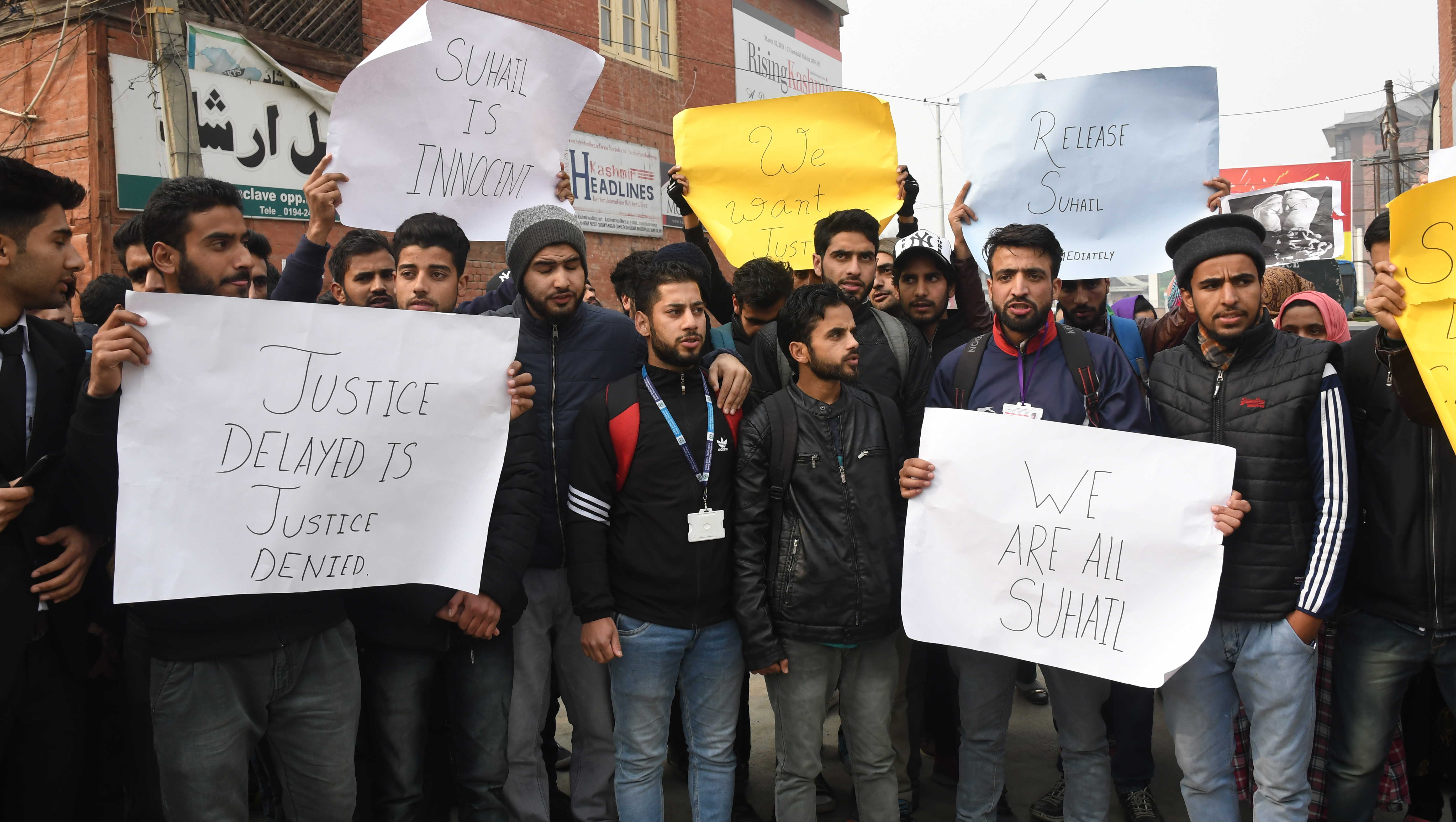 The students boycotted their classes on Saturday and disrupted traffic on the national highway at Nowgam.
Students of the university assembled at Press Enclave near here and staged a protest to press for immediate release of Suhail Ahmad, a resident of Shopian in south Kashmir and Muhammad Ismail, resident of Baramulla respectively.

The students were holding placards reading “no class till release”, “Justice delayed is justice denied”.

Refuting the claims of police that both of them were militants, the protesting students said both the students are innocent and have no links with any organisation.

How come can they be militants when they are attending their classes regularly at the university, the students claimed.

The protesting students alleged that the university administration suspended classes of Nowgam campus on Monday under pressure from administration.

However, classes were held normally at Ganderbal campus today. (UNI)