Srinagar: A massive protest demonstration by Central University of Kashmir students on Bye-Pass against the nocturnal arrest of two varsity students has led to massive traffic jam on the highway.

Witnesses told The Kashmir Press that hundreds of students of the varsity have come out on roads and blocked the highway. “The students are demanding the release of their colleagues.”

The two students were arrested by government forces from their rented accommodation in Nowgam on city outskirts last night. 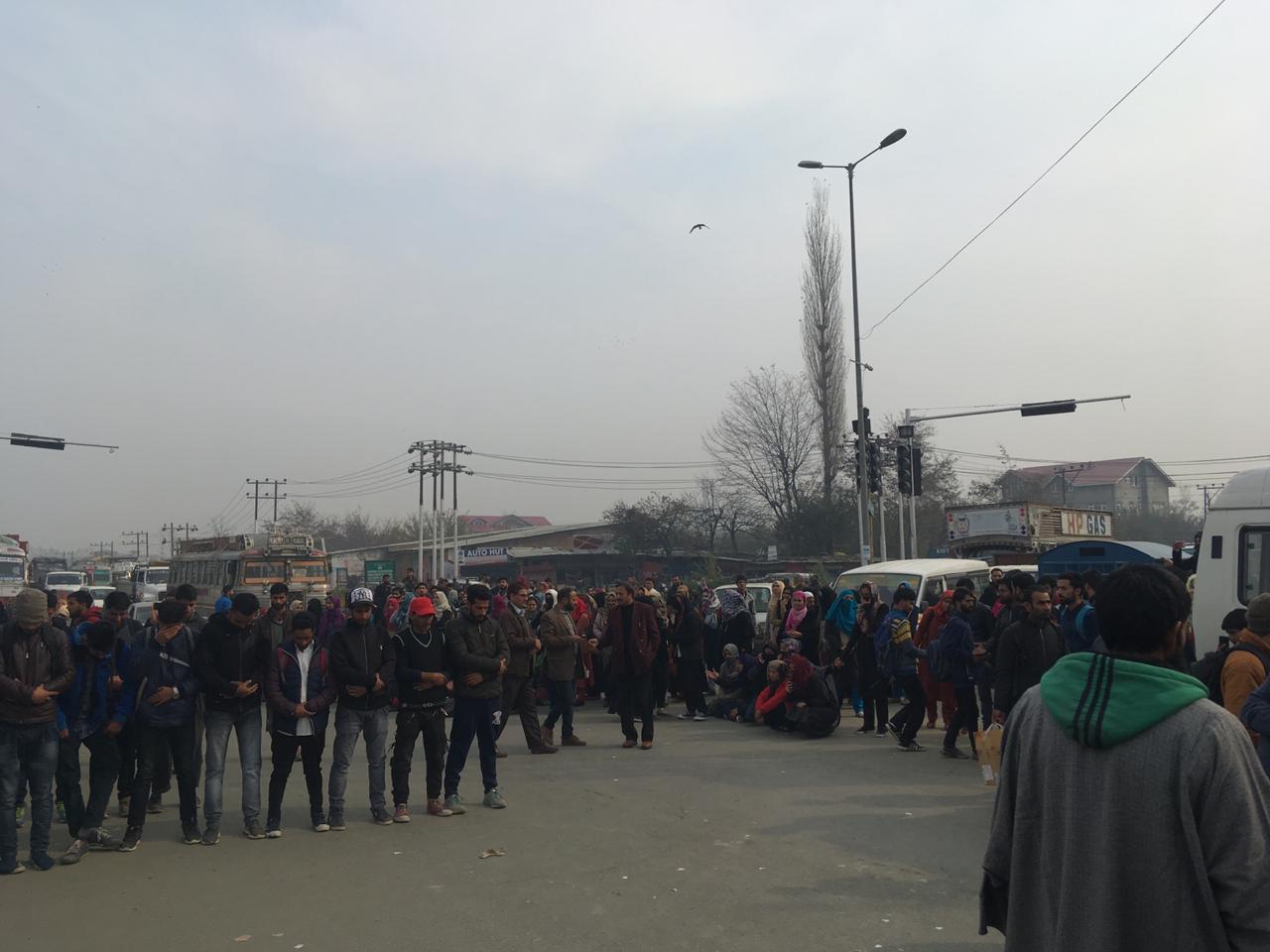 The two political science students have been identified as Suhail Ahmad and Mohammad Ismail, both residents of Shopian district in south Kashmir.

A University official confirmed that two university students have been arrested from their rooms in Nowgam.

He said that the varsity has taken up the matter with district administration and police officials.